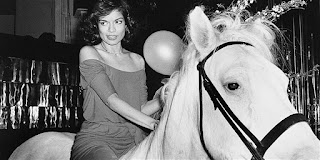 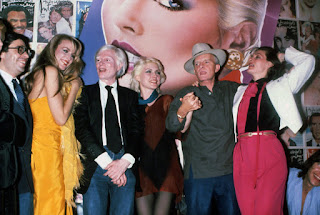 THE NATURE OF COLOR at American Museum of Natural History: Review By Polly Guerin 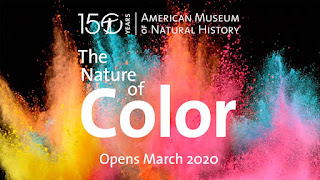 Color is around us, shaping our emotions, our actions and our surroundings yet, we pass through each day unaware of the great impact color has on all aspects of our lives and the living species in nature.
. THE NATURE OF COLOR, which opens today at The American Museum of Natural History, simutaneously celebrates its 150th anniversary.  The museum demystifies the meaning and influence of color , with a new interactive exhibition that  lets visitors explore the role and the power ot color in the natural world, in human cultures, and in our personal lives. It's vibrant, it's entertaining, and answers questions that stir up our emotions as we learn: Why do colors make us happy, while others make us, well blue?  How did pink come to be associated with femininity in Western culture and blue become America's favorite color?  This fun, family-friendly exhibition resonates with all the child-like wonder of discovery. It is immersed in color themes with models, cultural objects, interactive exhibits that invite visitors to play, experiment and explore the science of color, how colors make us feel, and how plants and animal use color to help them survive and reproduce.
FEELING COLOR: Color affects our mood, our perceptions and our behavior. The color red for example may elicit emotions and dramatic behavior, red correction ink may be negative but a stunning red gown by American fashion designer, Brandon Maxwell introduces a dramatic, entrance-making statement. The dress was the finale in Maxwell's Fall -Winter 2020 show, which was hosted by the Museum during New York Fashion week in February COLOR IN NATURE  Visitors will be able to see an example of camouflage in the Nature of Color with live leaf-tailed geckoes, which evolved to
blend with dried leaves and tree bark. Color is just as important in the plant world, where pollinators get cues on which flowers to visits based on the color. Humminbirds, for example, prefer red flowers, bees are attracted to blue, moths seek white and other light-colored blossoms, and flies are drawn to dark flowers. PHYSICS OF COLOR explores the physics of color in an immersive color-changing room and a ight lab with hands-on activities to discover that white light is actually a mixture of colors, play a video interactive---on kiosks or from their mobile devices---that examine how colors affect emotions and "paint" without the mess in a floor to ceiling color play interactive just by moving
your hands. 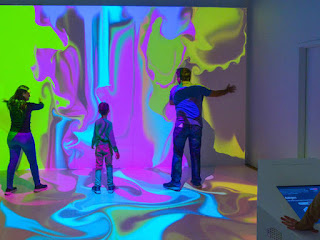 FEELING COLOR; Colors affect our mood, our perceptions, even our behavior. There is plenty of evidence that colors inspire deep feelings in almost everyone.  For this reason
marketers choose colors carefully, as consumers often make up their minds based on color alone. An example, BLUE is the most popular color for corporate logos, as this color is often associated with trustworthiness and competence. In this section visitors will explore the different feelings colors can evoke by arranging colored tiles to create pleasing or clashing combinations and share their personal reactions to colors on a big screen. MAKING COLOR: The Nature of Color explores the rich history of BLUE PIGMENTS in particular, with objects from the Museum's anthropological collection and an interactive that will demonstrate the process of dying indigo fabric. Natural indigo has been used o create some of the blue hues of Japanese artwork, African textiles, and the first blue jeans.
Ta Ta Darlings. THE NATURE OF COLOR resonates with interest for everyone with exploration and entertainment whilst demystifying the colors in our daily life. Fan mail always
welcome: pollytalknyc@gmail.com. 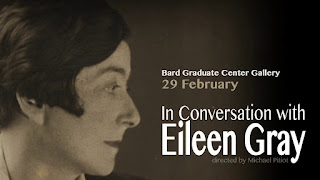 The designer and architect  Eileen Gray, whose highly original and daring designs anticipated many of today's modern design, receives due homage at the Bard Graduate Center Gallery, located at 18 West 86th Street on view through July 12, 2020.
This is the first in-depth exhibition in the United States to examine her total oeuvre with
200 works, including never before exhibited furniture, lacquer works, architectural drawings and archival material. Gray's long and distinguished career began in the early 1900s and continued until her death in 1976.  On view are rarely seen architectural drawings and photographs of Gray's most famous house, E 1027, and other architectural projects. EILEEN GRAY was a pioneer in modern design and architecture, and one of the few women to practice professionally in those fields before WWII.  Although she was born into a distinguished household in Ireland Gray remained steadfast to her creativity at first in London and later in Paris. By 1910 Gray and fellow schoolmate Evelyn Wyld, established a workshop to produce carpets and wall hangings. Gray's interest in Japanese lacquer forged an alliance with Japanese craftsman Seizo Sugawara with whom she formed a successful partnership, and Gray's lacquer screens attest to her achievement as a superb lacquer artist.
In 1922 she opened in Paris, Galerie Jean Desert, at 217, rue du Faubourg-Saint-Honore, where she sold furniture and rugs. Distinguished luminaries of the day including James Joyce, Ezra Pound and Elsa Schiaparelli were among her customers. The Galerie also served as an exhibition space for modern art, making Gray, albeit under a male pseudonym, one of the first female gallerists. Image: Eileen Gray Dresser, 1926-1929. Painted wood, aluminum, glass, cork, aluminum leaf. Centre Pompidou, Musee national d 'art modern, Paris. Purchase, 1922, AM 1922 -1-6, (c) Centre Pompidou, Mnam-CCI, Dist. RMN-GP, Jean Claude Planchet,
From the 1920s Gray produced architectural projects for private the public commissions. In  1926 she started work on a new holiday home near Monaco on the French Riviera where she
planned to live with her lover the Romanian architect, Jean Badovici.  Together, they experimented with ideas about modern, vernacular architecture, and worked on Architecture Vivante, one of the first French magazines devoted exclusively to architecture.  The construction of thei house took three years was named E 1027, a code for the lovers' names.
The multiple facets of E 1027---an iconic work of modern architecture---are presented though drawing, photographs, and furniture. Located above a dramatic site above the Bay of Monaco, Gray created furniture for the house that elucidates her unique approach to modern design. Eleven pieces of furniture Gray designed specifically for E 1027 include the Transat Chair, an adjustable side table and a dressing table with pivoting drawers. Image: View of the South façade of E 1027 taken from the sea, Roquebrune-Cap-Martin, n.d. Centre Pompidou, Bibliotheque Kandinsky, Paris. Fond Eileen Gray. A replica of E 1027 is on display.
The exhibition reveals Gray's versatility as a designer of many types of furniture including the Bibendum chair which resembled the Michelin man with tube-like shapes sitting on a chromed steel frame. GALLERY PROGRAMS and EXHIBITION TOURS and for information about hours and admission visit: bgc.bard.edu/gallery.
Ta Ta Darlings!!!  Eileen Gray is as modern today as she was in the Art Deco era. Her designs
resonate with collectors and new buyers discovering her today will find her furniture a perfect fit in modern interiors.  Fan mail weleome: pollytalknhc@gmail.com
Posted by Polly Guerin at 9:23 AM 1 comment: