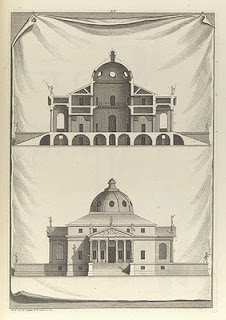 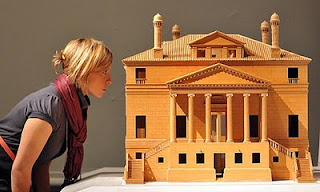 GEMS OF CULTURE IN THE BIG APPLE
No need to go excavating for gems of culture this spring. Like finely chiseled facets of splendor New York’s museum exhibitions proliferate with diverse subjects to attract everyone’s palate. Here’s the scoop!!!
PALLADIO AND HIS LEGACY (1508-1580): Illustrates Andrea Palladio’s profound influence on American Architecture and the eternal beauty of his Palladian villas and buildings. Rarely seen drawings together with his pattern books and architectural texts highlight the growth of his design sensibility and his influence in Monticello, the house that Thomas Jefferson (1743-1826) the 3rd president of the United States built for himself in Virginia. Just think of the White House and other monumental buildings in Washington, DC. , all cultural touchstones of Palladian style. At The Morgan Library & Museum, April 2-August 1, 2010. 225 Madison Ave., www.themorgan.org.
TUTANKHAMUN FUNERAL, the Metropolitan Museum of Art digs deeper into the elaborate rituals at boy king’s funeral. While speculation revolves around Tut, who died at around age 18, it left more questions than answers. Discoveries by archaeologist Theodore Davis in the Valley of the Kings of burial preps in 1908 provide fascinating insights. A colossal statue of the god Amun is a ‘must see.’ 1000 Fifth Ave. www.metmuseum.org.
The Infamous Gangster World Has Its Day at the MUSEUM OF THE AMERICAN GANGSTER located appropriately in a former local speakeasy at 80 St. Marks Place. Exhibits trace the Prohibition era, the whiskey still to the St. Valentine’s Day massacre newspaper accounts and the Thompson, Tommy machine gun, and much more lore. See the underground office of the notorious gangster Frank Hoffman. Adm. $10. www.Moagnyc.org.
METROPOLIS ENSEMBLE’s chamber music concert Monday, April 5 at 7 pm at Americas Society, 680 Park Ave., features the New York premiere of Timo Andres’ piano quintet, I FOUND IT BY THE SEA, paired with Brahms' masterwork in the genre, Op. 25. FREE, reserve www.as-coa.org.
RALPH M. CHAIT GALLERIES, The oldest specialist gallery celebrates 100 years dealing in Chinese Art with a historic photographic retrospective of its former locations as well as a selling exhibition of rare and exceptional objects. 724 Fifth Ave. By appointment 212.397.2818. www.rmchait.com.
Well, Ta Ta darlings. Send fan mail to pollytalk@verizon.com. Now for a rare treat, I’m off to visit Theresa McCullough, dealer and appraiser in the field of Indian and Southeast Asian art and a specialist in sculpture, miniature paintings and ancient jewelry. She welcomes clients by Appointment 1-646. 368.1717. www.theresamccullough.com.
Posted by Polly Guerin at 7:52 AM No comments: 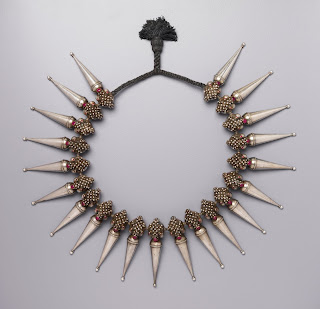 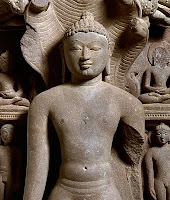 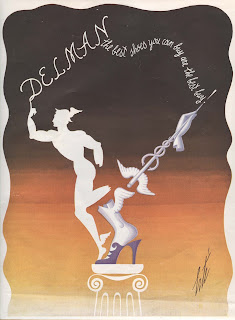 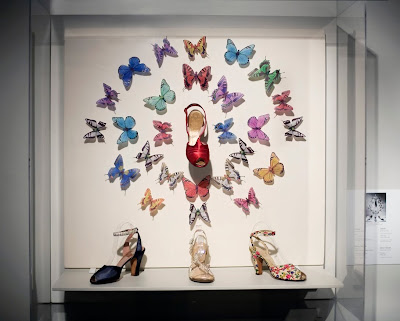 March 15, 2010
ASIAN WEEK SWEEPS INTO NEW YORK (C)
All the lions took to ventures of Asian art and galleries galore and never were they a bore and strode over to see Delman shoes, Bill Cunningham on film and Curious George revisited. Here’s the scoop!!!
THIRTY ONE UNIQUE EXHIBITIONS open concurrently at galleries throughout Manhattan for ASIA WEEK NEW YORK, an open house weekend, and a leading designation for Asian art enthusiasts worldwide. Commences March 20-21. Leading dealers from England, France, Italy and Japan join American colleagues in presenting rare and museum quality works of art to collectors, curators, scholars and patrons to see the best that Asian art has to offer. In addition to the open house venues at over 31 premier Asian Art Dealers exhibitions and lectures take place at the Asia Society, China Institute, Japan Society and Rubin Museum to name a few. Sat. 3/20 12-7pm and Sun. 3/21 12-6pm. http://www.asianartdealersny.com/
FASHIONISTA ALERT: The inimitable New York Times photographer, Bill Cunningham who has for decades lovingly captured the unexpected trends, events, and people of Manhattan for the Styles section of the newspaper has his day, on March 24th at 7pm at The Museum of Modern Art with the world premiere of the film BILL CUNNINGHAM NEW YORK . Riding his Schwinn bicycle to cover events Cunningham is viewed as he photographs benefits, galas, and fashion shows around Manhattan. http://www.moma.org/.
Scandal Sandals and Lady Slippers: A History of DELMAN SHOES, presents Delman’s glamorous, innovative and classic take on shoes that have identified the fashionable and quality-conscious woman’s wardrobe for the past 90 years. Organized by the Graduate Students in the Masters Program in Fashion and Textile Studies , Laura Mina, a co-curator who pointed out that during WWII wooden sole shoes were popular platform models and with the scarcity of leather ribbon and material was used for the uppers. At The Museum at the Fashion Institute of Technology, Seventh Ave. at 27th St. Through April 3, FREE T-F noon to 8pm, S 10-5pm.
Don’t miss that beloved children’s character CURIOUS GEORGE that impish protagonist of many adventures in books by Margret and H.A. Rey at The Jewish Museum, where the concurrent exhibition of the revolutionary movement in American synagogue design Modern Art, Sacred Space recently opened and runs through August 1st. A short video situates the project in the history of American synagogue architecture. www.thejewishmuseum.org. Hours: Sat, Sun, Mon, Tues 11am to 5:45 pm, Thurs. 11am to 8pm and Fri 11am to 4pm. The museum is FREE on Saturdays.
Ta Ta darlings!!! I’m trotting off to Asian Week in New York, a treasure trove of galleries, lectures and exhibits. Fan mail to pollytalk@verison.net, and check my blogs amazingartdecodivas, thefashionhistorian and awakenyoursleeping beauty.

Posted by Polly Guerin at 10:17 AM No comments: 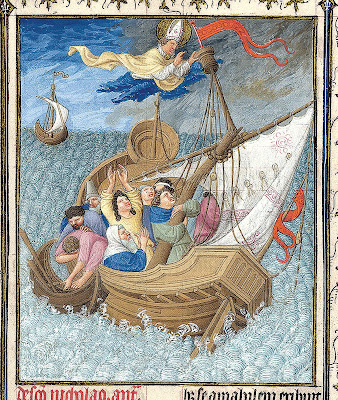 MUSEUM ATTRACTIONS IN NEW YORK (C)
There’s a plethora of museum marvels to take our breath away and stimulate our cultural sensitivities. Just pay the admission charge and pronto you enter a world class museum and there is no extra charge for any exhibition. Here’s the scoop!!!
THE MOURNERS: MEDIEVAL TOMB SCULPTURES FROM THE COURT OF BURGUNDY parade their pathos in a lineup of 41 alabaster sculptures of mourning figures, none of them more than 17” tall, in an exhibition at the Metropolitan Museum of Art. This is a rare opportunity to view these amazing works presented through the largesse of the Musee des Beaux-Arts in Dijon, France. The mourners express a broad range of powerful emotions—from melancholy to desolation---through facial expression, gesture, and the eloquent draping of their garments. In the Medieval Sculpture Hall. Ongoing. www.metmuseum.org.
THE BELLES HEURES OF JEAN DE FRANCE, DUC DE BERRY
You’ll need to use a magnifying glass to truly appreciate one of the most beautiful manuscripts in the world, the lavishing illustrated prayer book known as the Beautiful Hours. The presentation at the Metropolitan features all of the book’s 172 stunning illuminations singularly on view without turning a single page. The number of images amazes, the sheer beauty never fails to astonish. Created by the Limbourg brothers’, starting in their teens, it was produced from 2405 to 2408/9. Dazzling to the eye and not to be missed. www.metmusum.org.
The Andre Mertens Galleries for Musical Instruments reopens with a refreshed and reinstalled presentation of the Metropolitan’s renowned collection of Western musical instructions. Among the 230 objects on view: keyboard, string, percussion woodwind and brass instruments, a highlight is the famed “Batta-Piatigorsky” cello made in Cremona, Italy by Antonio Stradivari and the extraordinary harpsichord by Michele Todini of Rome. www.metmusem.org.
CURIOUS GEORGE SAVES THE DAY: The Art of Margret and H.A.Rey opens at the Jewish Museum next Sunday, March 14 through August 1. Curious George, the impish monkey protagonist of many adventures in children’s stories had a narrow escape from the Nazis occupation and thus inspired many of these whimsical tales. This is a rare opportunity to view nearly 80 original drawings and vibrant watercolor of Curious George and other characters. One of the exhibition galleries is transformed into a reading room for visitors of all ages to enjoy the original drawings and bright watercolors. www.thejm.org.
Ta Ta, Darlings!!! I’m off to the Met for the day, perhaps the week, there’s so much to see, to do and wouldn’t you like to join me? Fan mail to: pollytalk@verizon.net. www.pollytalk.com. Blogs: thefashionhistorian, amazingartdecodivas and awakenyoursleepingbeauty.
Posted by Polly Guerin at 9:30 AM No comments: