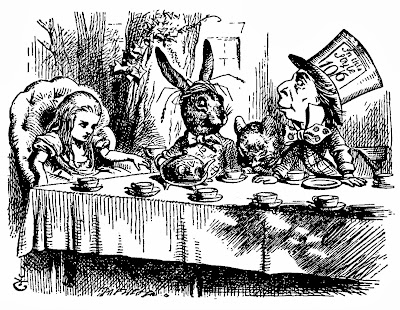 Posted by Polly Guerin at 8:59 AM No comments: 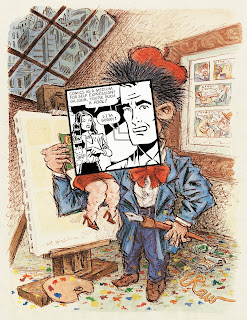 Art Spiegelman has embraced the credo that comics are a medium for personal expression, creating candid accounts of his own experiences, dreams, neuroses, and frustrations. He once noted, “Spiegel means mirror in German, so my name co-mixes languages to form a sentence: Art mirrors man.”

In an art career that now spans five decades, Art Spiegelman, one of the most influential living comics artists, is celebrated at The Jewish Museum, through March 23, 2014 in the exhibition; Co-Mix: A Retrospective of Comics, Graphics, and Scraps; a comprehensive overview of his career showing the full range of years of experimentation. Starting from the artist’s earliest self-published comics and lavish graphics on display are an eye-popping view of the legendary artist’s works. Image; Art Spiegelman, cover art for Print magazine, May/June 1981, ink and collage paper. Copyright (c) 1981, Used by permission of the artist and The Wylie Agency LLC.

Spiegelman is as original as anyone can get and his oeuvre has inspired countless cartoonists, while his shorter works have substantially expanded the expressive range of comics. He has continually reinvented comics, and he has also made a distinct mark in book and magazine design, bubble gum cards, lithography, modern dance, and most recently stained glass. His body of work is a breathtaking and powerful display and the museum’s impressive presentation is an awe-inspiring tribute to the artist. 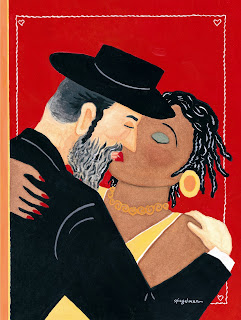 MAUS MAGAZINE Spiegelman’s art form spans his early years in underground comix to the thirteen year genesis of Maus, his Pulitzer Prize-winning Holocaust memoir, the graphic novel about his parents’ survival of the Holocaust, which established the graphic novel as a legitimate art form. More recent works include provocative covers for the New Yorker, including his first cover, which pictured a Hasidic Jewish man and an African-American woman locked in a passionate Valentine’s Day embrace. The exhibition illustrates Spiegelman’s artistic collaborations in new and unexpected media; his painstaking creative process, and over three hundred preparatory sketches, preliminary and final drawings, as well as prints and other ephemeral and documentary material. Image: Valentine's Day, Art Spiegelman, Cover Art for Print magazine. Used by permission of the artist and The Wylie Agency, LLC.

Born in Stockholm in 1948, Art Spiegelman was the first comic’s artist to win the Pulitzer Prize, he co-edited Raw, and his comics have appeared not only in the New Yorker, but The New York Times, Playboy, and Harper’s. Spiegelman has been named one of the 100 most influential People by Time, elected to the Art Director Club’s Hall of Fame, made a Chevalier de L’Ordre des Arts et des Lettres in 2005; truly a man of his time and a New Yorker.

The Jewish Museum is located at 1109 Fifth Avenue at 92nd Street, New York City. For information call 212.423.3200 or visit TheJewishMsueum.org

Posted by Polly Guerin at 8:33 AM No comments: