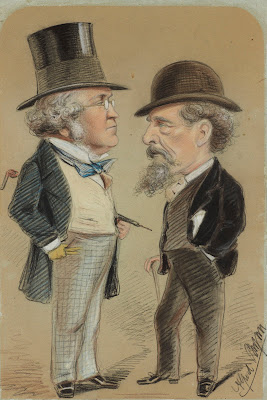 Culture New York lures the tourists and the local cognoscenti to museum exhibitions that cultivate the mind and transport us to ancient worlds from the Louvre to the master writer Charles Dickens, and gallery vernissages. It’s the Best of New York my friends, the very best to tempt your intellect. Here’s the scoop!!!
REVOLUTIONARY FRANCE, Drawings from the Musee du Louvre. Rarely does the Louvre allow such a major group of drawings to travel, but without traveling to Paris, Drawings from the Louvre offers a singular opportunity to experience the mastery of the era. From the time of the French Revolution of 1789 through the reign of King Louis-Philippe and the establishment of the second Empire in 1852, artistic talent brought its collective skill to bear on one of the most turbulent times in French History. Included in the 80 drawings of such noted artists as Jacques-Louis David, Eugene Delacroix, Pierre-Narcisse Guerin and Pierre-Paul Prud’hon are some of the greatest examples of works on paper of the period. At the Morgan Library & Museum 225 Madison Ave. Through Dec. 31, 2011. www.themorgan.org.
CHARLES DICKENS at 200 It is time to revisit Britain’s first true literary superstar and A Christmas Carol among many of his other great works. Celebrating the bicentennial of the great writer’s birth in 1812 with his manuscripts of his novels and stories, letters, books, photographs, original illustrations, and caricatures, the exhibition captures the art and the life of a man who’s literary and cultural legacy ranks among the giants of literature. Through February 12, 2012. At The Morgan Library & Museum.
METROPOLITAN MUSEUM OF ART’S Stay-at-Home museum enthusiasts can visit the redesigned website provides unprecedented access to collections, programs, research, and visitor information. The redesigned site includes access to more than 340,000 works of art with a completely new streamlined design for greater ease of viewing the vast array of images. The new website provides online visitors with immediate, easy-to-navigate access to the vast works in the collections with high-resolution images. At www.metmuseum.org.
DUNCAN PHYFE The Hirsh & Adler Galleries of New York City opens a multi-media exhibition, The World of Duncan Phyfe-The Arts of New York, 1800-1847 developed to complement the Metropolitan Museum of Art’s winter exhibit of Phyfe as Master Cabinetmaker and to expand one’s understanding of Phyfe’s contribution to the world of 19th century fine furniture and decorative arts. This show is a rare opportunity to see the work made by Phyfe and his contemporaries seen alongside work created by artisans of the time in wood, silver, porcelain and metal. Coming up. Mark your calendars on view from December 15, 2011 to February 17, 2012.
Ta Ta Darlings!!! I’m off to see Pierre-Narcisse Guerin’s work at the Morgan, perhaps he is an ancestor. Send Fan Mail to pollytalk@verizon.net. Visit Polly’s Blogs at www.pollytalk.com. My recent Mad Hatter feature on http://www.thefashionhistorianpollyguerin.blogspot.com.
Posted by Polly Guerin at 2:15 PM