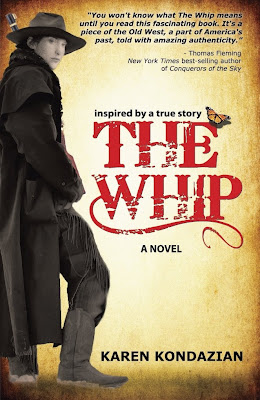 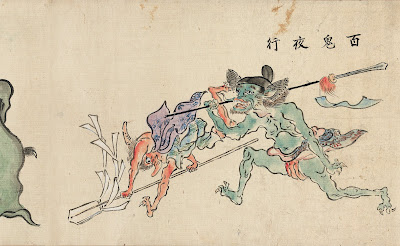 There’s nothing like a book to enchant the literary lions and this holiday does not disappoint. From ancient storytelling to children’s classics and a bit of a western fantasy it’s the Best of New York my friends, the very Best reading for holiday reading and gift giving. Here’s the scoop!!! STORYTELLING IN JAPANESE ART represents a long tradition of storytelling through paintings and illustrated books that trace the rich history of illustrated narratives that thrived in the medieval and early modern periods of Japan. The focus of this enchanting exhibit focuses on some 20 rare illustrated hand scrolls called emaki including the antics of animals in the roles of humans, the macabre escapes of ghosts and monsters and mischievous kitchen utensils that come out at night. Frolicking Animals, The Tale of the Drunken Dragon and Illustrated Legend of Kitano Shrine are among the magnificently illustrated scrolls that will delight adult and child. At The Sackler Wing Galleries for the Arts of Japan, 2nd floor. Metropolitan Museum of Art, 1000 Fifth Ave. Through May, 2012. www.metmuseum.org.
50 YEARS OF ‘THE SNOWY DAY’ The golden anniversary of this classic children’s book by Ezra Jack Keats is a charming children’s story that even the most sophisticate of us would enjoy reading and giving as a gift. It coincides with an exhibition in his honor at the Jewish Museum. Keats’ life story is a metaphor of persistence and dedication. The book tells the story of a little Black boy named Peter exploring the new white world in his little red snowsuit whose senses come alive when he ventures alone into the snow. The book was controversial because it features a Black child and was released at the height of the civil rights movement in 1962. In writing ‘The Snowy Day” Keats transformed children’s literature forever. Book available at the Jewish Museum, 1109 Fifth Ave. Viking Children’s Books has published an oversize 50th anniversary edition of “The Snowy Day,” priced at $19.99. Visit www.ezra-jack-keats.org.
CRACKING ‘THE WHIP’ A quick-paced, wily tale is a fascinating blend of both fact and fiction by author, Karen Kondazian, who reveals the thirty years disguise of a noted stagecoach driver discovered to be a woman. The Whip is inspired by the true story of a woman, Charlotte “Charley” Parkhurst (1812-1879) who lived most of her extraordinary life as a man on the Wells Fargo Line. Tragedy drove her west to California, dressed as a man, to track the murderer of her husband and child but instead Charley became a renowned stagecoach driver. She killed a famous outlaw, had a secret love affair, and was the first woman to vote in America (as a man). Tuck that in your bonnet!!! Riveting…it’s sure to engage Western and historical fiction fans. http://www.karen-kondazian.com. Publisher www.HansenPublishing.com .
STILL IN THE GAME, The Game of Kings: Medieval Ivory Chessmen from the Isle of Lewis. The Lewis Chessmen found in a sandbank in 1831 on the Isle of Lewis in Scotland’s chilly Outer Hebrides come out for viewing at the Cloister branch of the New York’s Metropolitan Museum of Art where 34 of the 67 chessmen are on display. Made of walrus tusk or whale’s teeth, the chessmen are remarkable pieces, creamy white through traces of red remain in some places. Neil MacGregor the British Museum’s director selected them for his book which is available in the Cloister’s bookstore as well at the Metropolitan Museum’s book shops ($12.00 paperback).
Ta Ta darlings!!! I’m off to see “The Snow Day” again. It’s pure magic. Fan mail welcome: pollytalk@verizon.net. Or visit Polly’s Blogs go to http://www.pollytalk.com/ and click in the right hand column direct link to several Blogs.
Posted by Polly Guerin at 1:49 PM