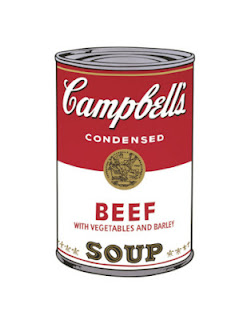 Arts and entertainment in the center of the cultural universe crowns New York with the title “Culture City,” for its diverse and myriad venues from pop to historical illuminations, there’s more than meets the eye for the inquiring public. Only in New York my friends, the best of New York, Here’s the scoop!!!

REGARDING WARHOL: Sixty Artists, Fifty Years. Give yourself ‘15 minutes of fame’ at the Metropolitan Museum of Art celebrating the Pop master’s influence on contemporary art by pairing his works with dozens of artists in a 145 work venue that casts new light on the icon artists innovations. Case in point; Warhol’s Popsicle-colored self portraits of celebrities like Marilyn Monroe, Elizabeth Taylor and Jackie Kennedy Onassis are mounted alongside photographer Cindy Sherman’s glossy self-portraits and Karen Kilimnik’s portrait of real-estate heiress Paris Hilton. Not to be missed are the Warhol’s penchant for papering gallery walls with repeated images which helped to usher in the wall-to-wall installations so popular today. The event also celebrates the 50th anniversary of Warhol’s famed soup can art and the unique connection between Warhol and the iconic red and white label. Through December 31. 2012. At 1000 Fifth Avenue at 82nd St. For more information 212.570.3951.
CAMPBELL CELEBRATES To celebrate the 50th anniversary of Any Warhol’s 1962 famed work, 32 Campbell Soup Cans, Campbell Soup Company, is introducing limited-edition cans of Campbell’s Condensed Tomato soup with labels derived from Warhol artwork. The four specially—designed labels reflect Warhol’s pop-art style and use vibrant, eye-catching color combinations like orange and blue, and pink and teal. When asked why he painted Campbell’s soup cans, Warhol famously quipped, I used to have the same (Campbell’s soup) lunch every day for twenty years. In 1962 in Los Angeles, Warhol exhibited his famous paintings of 32 Campbell’s Condensed soup cans and each of the 32 canvases depicted one variety of soup, side-by-side like cans of soup on a grocery shelf. The painting helped to launch Warhol’s career and ushered in Pop Art as a major art movement in the United States. The limited edition cans were produced under the Andy Warhol Foundation, a not for profit corporation that promotes the visual arts. These soup cans could become famous collectibles themselves and are exclusively available at most Target locations nationwide for $.75.
CROSSING BORDERS; MANUSCRIPTS FROM THE BODLEIAN LIBRARIES On a more serious note over 60 works---Hebrew, Arabic, and Latin manuscripts—the majority of which have never been seen in the United States illuminate the dark interiors of The Jewish Museum’s galleries. England’s Bodleian Library at Oxford University, established by Sir Thomas Bodleian in 1602 and now the largest of the University’s group of ‘Bodleian Libraries,’ is renowned for its great treasures and among them is one of the most important collections of medieval Hebrew illuminated manuscripts in the world. A rare opportunity, this exhibition includes the Kennicott Bible; the most lavishly illuminated Hebrew Bible to survive from medieval Spain. In addition to viewing the actual illuminated manuscripts, visitors will be able to look at digital images of every page of the Kennicott Bible and examine details on touch screens in the gallery. Through February 3, 2013. At 1109 Fifth Avenue at 92nd St. More info, 212.423.3200.
ILLUMINATING PHILOSOPHY, The Illuminations of Girolamo Da Cremona, in Peter Ugelheimer’s works of Aristotle (1483) Why not make a day of it and visit the Morgan Library & Museum’s illuminated printed books. The works include spectacular decorative elements including gemstones set in gold, antique cameos, landscapes, seated animals, darling putti and some really eye-popping trompe-l’oeil effects. Of special note is the depiction of Aristotle and Averroes in animated conversation with architecture, jewelry and flora on a page with textural passages. At the Morgan Library and Museum, Madison Avenue at 36th-37th Streets. Through Sept. 23.
Ta Ta Darlings!!! I’m off to Target to get Warhol’s ‘fifteen minutes of fame,’ featured on the Campbell soup cans. Fan mail welcome: pollytalk@verizon. Polly’s blogs are best accessed at pollytalk.com just click in the left hand column for a direct link to visionary men, amazing women, poetry or fashion.