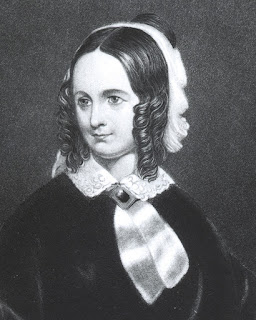 As we celebrate Thanksgiving 2017 there are so many more reasons to be thankful and as a reminder it was Sarah Josepha Hale, a petite crusader in crinoline, who was the pioneering champion who inspired President Lincoln to declareThanksgiving a national holiday.
HALE’S LETTER WRITING CAMPAIGN
Sarah Josepha Hale’s relentless handwritten letter campaign spanned a period of almost three decades in which she urged that Thanksgiving be declared a national holiday. With tireless zeal she penned thousands of editorials and wrote handwritten letters to prominent, citizens, governors and went right to the White House, addressing the issue to United States Presidents. She never gave up on her campaign which had roots in the country’s unification.
CIVIL WAR UNIFICATION
As the dark days of the Civil War divided the country into two armed camps Mrs. Hale’s editorials became more vigilant. who wouold listen to a lone woman with her persistent plea for "just one day of peace amidst the blood and strife"? Eventually she came to see the nationalization of Thanksgiving not only as a day for counting our blessings, but as a logical bond of union, one more means of drawing the sympathies of the country together. Year after year without typewriter Hale continued to pour out her handwritten letters, which were sent to influential people urging them to join in establishing Thanksgiving the last Thursday in November.
LINCOLN DECLARES THE HOLIDAY
With the country gripped in the North and South divide, Mrs. Hale’s concept of unity finally caught the attention of one man in the White House. Prompted by a letter she had written to Secretary of State William Seward in 1863 President Lincoln recognized the urgency for unification and issued a proclamation appointing the last Thursday in November as a day of national Thanksgiving in America.
HALE, THE LADY EDITOR
Sarah Josepha Hale succeeded at a time when there were few opportunities for working women to escape the drudgery of domesticity. In addition, like other women of her era, she had been denied a formal education but found refuge in her father’s library, self-educating herself. After her husband died, leaving her penniless, she wrote and published a novel, Northwood, which captured the attention of a Boston publishing firm. She was offered editorship of one of their periodicals in 1836 and at the age of 40, with five children to support, she left her home town of Newport, New Hampshire and moved to Boston to assume the post of Lady Editor. Running one of the most powerful magazines in the country did not escape critics, but she always explained that she was forced to hold down a job to feed her children.
ARBITER OF WOMEN’S ISSUES
Sarah Josepha Hale, as Lady Editor, was the arbiter of parlor etiquette, fashion, manners and intellect. As a journalist, lobbyist, career woman and crusader in crinoline she spoke her mind and succeeded where others had failed. A petite woman, she dressed in the crinoline style of the 1800s. However, even in this cumbersome attire and the restrains of society she championed numerous women’s issue bringing about a number of important improvements in the lives of women in the Victorian era. She was the first to advocate women as teachers in public schools. She demanded for housekeeping the dignity of a profession and put the term “domestic science” into the language. Sarah Josepha Hale was to prove to be unique exception of her times.
AUTHOR OF MARY HAD A LITTLE LAMB In addition, she helped to establish Vassar College, the first college for women. Hale was civic minded and among her credits she promoted the movement to preserve Mount Vernon as a National memorial and raised the money that finished Bunker Hill Monument. She was the author of some two dozen books and hundreds of poems, including the best known children’s rhyme in the English language, “Mary Had a Little Lamb.”
Sarah Josepha Hale stepped from the shelter of an early nineteenth century marriage untrained, unschooled and stepped forward to become the nation’s most celebrated Lady Editor. For her patriotic part in nationalizing Thanksgiving Day, we give thanks.