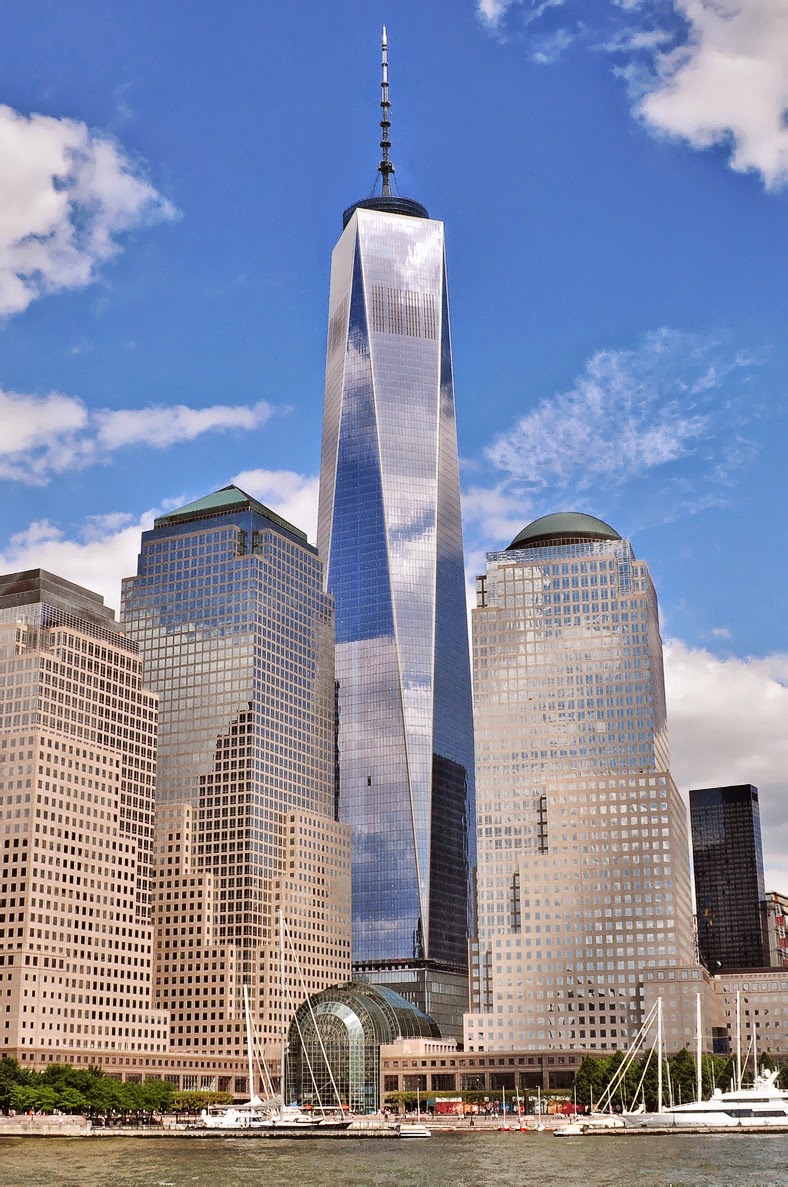 This Just In: The New York Premiere of the film "Rebuilding the World Trade Center" takes place on Tuesday, September 9th at 6 PM at the Museum of the City of New York, 1220 Fifth Avenue at 103rd Street.

Tickets for this event are free for museum members, $12 for students/seniors and $16 for the general public. You can buy online: mcny.org/event/rebuilding-world-trade-center.

THE STORY; For the past eight years, artist and filmmaker Marcus Robinson has been at The World Trade Center area in lower Manhattan, filming, photographing and painting the transformation of the historic World Trade Center site. His film, "Rebuilding the World Trade Center," is an epic story about the transformation of the site and the construction of the towering buildings.  With 13 time-lapse cameras running, Marcus condenses years into a few seconds, capturing vast buildings rising over the city in a single shot.
Rebuilding tells the story of architecture and engineering but the film focuses on the construction workers who are rebuilding the site.  The workers, from the site managers to the legendary ironworkers who assemble steel frames on girders high in the air, share their stories.
In Mr. Robinson's words, "They are healing the scar in the bedrock of New York City and in Manhattan's skyline and in many ways that they are doing is part of a much greater, universal act of rebuilding and healing.
"Rebuilding the World Trade Center" received a BAFTA award in 2014. A discussion with the director and workers in the film, led by James Glanz, follows the screening.
The event is co-sponsored by the AIANY, Center for Architecture.
Posted by Polly Guerin at 6:47 AM