Nothing to do this weekend? The Morgan Library & Museum offers a myriad of reasons to get out and explore the rich cultural heritage that only New York City can offer. Exhibits showcase historical and modern data. Only in New York my friends, the best of New York. Here’s the Scoop!!! 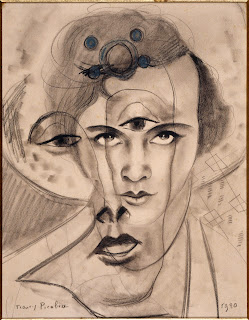 DRAWING SURREALISM: Few artistic movements of the twentieth century are as celebrated and studied as surrealism. For those involved in the movement, drawing was a vital means of expressionism and innovation resulting in a rich array of graphic techniques that radically pushed conventional art historical boundaries. Yet the medium has been largely overlooked, but The Morgan Library and Museum is correcting that assumption. Drawing Surrealism is the first New York exhibition to explore the central role drawing played in surrealistic art. The show features more than 160 works on paper by 70 artists from 15 countries, offering an important new understanding of surrealism’s emergency, evolution the worldwide influence. The Morgan Museum at 225 Madison Avenue at 36th Street, through April 21, 2013.

SWANN’S WAY CENTENARY-Marcel Proust and Swann’s Way 100th Anniversary celebrates the 1913 publication of the first volume of A La recherché due temps perdu, ‘Remembrance of Things Past’ or, in more recent translations, In Search of Lost Time by Marcel Proust is indisputably one of the seminal works of the 20th century literature. Through a display of the author’s notebooks, preliminary drafts and other documents from the collection of the Bibliotheque Nationale de France, the Morgan Library & Museum marks the centennial with an exhibition exploring Proust’s approach to writing and the personal experiences and relationships in his prose. Rounding out the show are several letters between Proust and his mother, and an assortment of period postcards beginning with images of Paris and Lillers, the inspiration of the fictional town of Combray. Opens February 15-April 28, 2013.

TREASURES FROM THE VAULT A new exhibition series at the Morgan,  home to some of world’s greatest collections of medieval manuscripts, printed books, literary manuscripts, private letters and correspondence, showcases highlights from its rare and vast historical collections. Works on view in the J. P. Morgan’s historic 1906 McKim Building include a J.R.R. Tolkien letter discussing The Hobbit, a ninth-century Coptic manuscript, and the earliest surviving complete opera—Jacopo Peri’s Euridice composed for the celebration of the marriage of Maria de’ Medici and King IV of Frances, dates to 1600. When Morgan was alerted to book dealer Leo Oischki’s acquisition of Beethoven’s long-lost tenth, and last, violin and piano sonata manuscript, he seized the opportunity and purchased the score. Through May 5, 2013.

BILL BRANDT: Shadow and Light MoMa, The Museum of Modern Art presents a critical reevaluation of the heralded career of Bill Brandt (British, b. Germany 1904-83), a founding figure in photograph’s modernist traditions. Brandt ranks among the visionaries, who, in the diversity of their approach, established the creative potential of photography based on observation of the world around them. Brandt’s distinctive vision---his ability to present the mundane world as fresh and strange---emerged in London in the 1930s, and drew from his time in the Paris studio of Man Ray. The impressive breadth of Brandt’s career suggests his restless experimental impulse, and the dramatic transformations of his printing style. Through August 12, 2013, at 11 W. 53 Street.

Ta Ta Darlings!!! Wishing you good Luck!!!It’s the year of the Snake, Chinese New Year February 10th. Fan mail welcome at pollytalk@verizon.net. Polly’s Blogs are best accessed at her website pollytalk.com. Just click on the link in the left-hand column for visonarymen, womendeterminedtosucceed, poetry or fashion.