Culture seekers’choices offer varied venues for a day’s outing. Take your pick; Contemporary Art from Asia, The Woolworth building at 100, Toile de Jouy inspiration, search for the Unicorn. Only in New York, my friends. The best of New York. Here’s the Scoop!!!

No Country: Contemporary Art for South and Southeastern Asia. This inaugural exhibition expands the Guggenheim’s Global dialogue and its holdings of art, rarely seen before, from the dynamic communities. The Guggenheim UBS MAP Global Art Initiative presents the works of 22 artists from Bangladesh, India, Indonesia, Malaysia, Myanmar, Pakistan, the Philippines, Singapore, Thailand and Vietnam representing some of the most compelling and innovative voices in South and Southeast Asia today. On view in the Annex Level 2 and the New Media Theater are painting, sculpture, photography, video, works on paper, and installation, the majority of which are on view in the United States for the first time. Visit the Solomon R. Guggenheim Museum, at 89th St., 1071 Fifth Ave. March through May 22, 2013. 212.423.3500

THE WOOLWORTH BUILDING at 100 The Skyscraper Museum celebrates the centennial year with an exhibition that honors its ambition and architectural artistry. On the night of April 24, 1913, the Woolworth building illuminated the New York night as 80,000 incandescent bulbs throughout the tower flashed on, activated when President Woodrow Wilson flipped a ceremonial switch in Washington, D.C. The brilliant spectacle was a career-crowning achievement of the tower’s owner, the five-and-dime store king Frank W. Woolworth who paid for the skyscraper with his personal fortune. Architect Cass Gilbert, who once defined the skyscraper simply as “a machine to make the land pay,” aspired to elevate his tower beyond the realm of real estate to the status of a civic monument. The Woolworth building was the world’s tallest from the time of its construction in 1913 until the Empire State Building was completed. Today office space in the Woolworth remains below and luxury residences are planned for the upper tower. The Skyscraper Museum, 30 Battery Place. Exhibition runs through July 13, 2012. Tel: 212.968.1961. 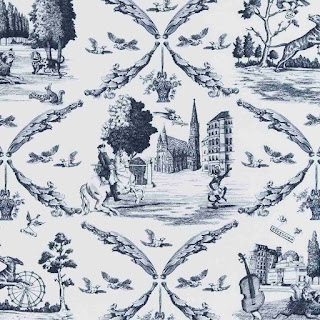 TOILE DE VIENNE The Neue Galerie Design Shop at the Neue Galerie Museum presents Toile de Vienne, a new textile for spring 2013, created in collaboration with the artist Sara Nesbitt, who was inspired by the architectural beauty of Vienna and the nineteenth-century beau monde that lived there. Toile de Vienne captures the loveliness of the city and carefree mood of Viennese life. On a historical note: Toile de Jouy (“cloth of Jouy”) was first produced in France during the eighteenth century and often feature rustic or bucolic scenes for both fashion and interior decorating. Playful and richly detailed, Toile de Vienne honors this tradition with a contemporary interpretation of the historic textile motif. At Neue Galerie, 1048 Fifth Ave. Tel: 212.628-6200.

SEARCH FOR THE UNICORN: The world-renowned Cloisters museum and gardens---a branch of the Metropolitan Museum of Art devoted to the art and architecture of the Middle Ages---will celebrate the 75th Anniversary of its founding with more than a full year of exhibitions. This is a heads up notice, more to follow next week.

Ta Ta Darlings!!! It is worth the trip uptown to see the “No Country” exhibit and then of course there is time to enjoy Central Park’s joy to the awakening of spring. Fan mail welcome at pollytalk@verizon.net. Polly’s Blogs are best accessed at her website pollytalk.com. Just click on the link in the left-hand column for visonarymen, womendeterminedtosucceed, poetry or fashion.