This week I am off  to Paris!!! and pourquoi pas?  The City of Lights  role as the capital of fashion's luxury goods invites me to jet over the pond and land in the heart of French couture to indulge in the pleasure of viewing several exhibitions that put fashion on a pedestal of admiration.  Here's the scoop!!! 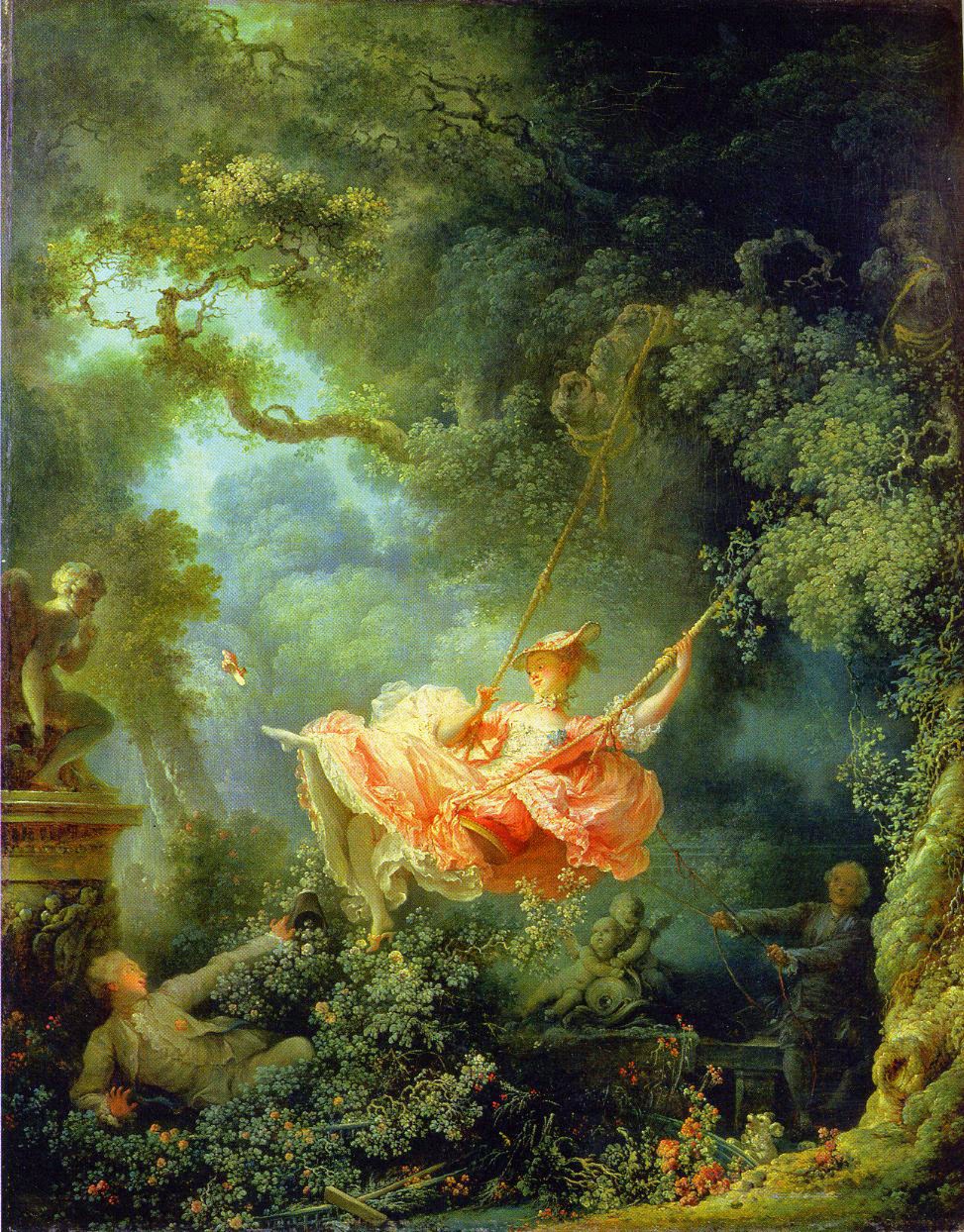 PARIS 1900 No other period in fashion has had its glory days then in the Belle Epoque an era that lasted from about 1900 to World War I. The 985' Eiffel Tower was one of the highlights of the Paris Exhibition,  1900, but so were the fashionable women who personified "Parisian Chic." The upper class were 'au currant,' up-to-the-trend of the times and the less affluent ladies followed style the best they could on limited funds. At that time Charles Frederick worth was the dictator of fashion and to make it clear that he was an artist at heart he wore a beret and an artist's smock and fancied dressing women in elegant fabrics and dictating their silhouette choices as well. On view here are several examples of Worth's creations that were worn by high society and the demi monde of the era.  At the Petit Palais, through August 17th.
FROM WATTEAU TO FRAGONARD This most romantic exhibition focuses on lovely clothes as typically depicted in the paintings of these French artists. Jean-Honore Fragonard painting, The Swing, 1767 personifies the era with sexual symbolism.  In this painting a provocatively clad, fickle and playful woman in flimsy pastels perches on a swing while an admirer below appears aimed to get a glimpse of her underpinnings. Clothes worn by women conveyed a definite message and Antoine Watteau, who coined the genre "fetes galantes," defined manners, conversation and even music. Even the Watteau  Dress, a lavishly draped gown became de rigeuer. Frou Frou lingerie has its incarnation here as the boudoir dress. At the Musee-Jacquemart-Andree through July 21.
JOSEPHINE Luxury by any other name could be called the Josephine Boneparte era when Napoleon's bride was the personification of luxury. Why not? Napoleon had assigned her the role of "an ambassador" in charge of promoting luxury "Made in France."  Such largess gave the Empress free reign on fashion, choosing as she did a cache of dresses embellished with the finest embroideries, lace, and jewels which are all on display at this museum. Josephine may have been born on the island of Martinique but in Paris she was the epitome of expensive taste. She even commissioned an extra-large cabinet to house her jewelry collection which featured mechanisms for secret compartments built, no doubt to secure her most prized possessions..  At the Musee du Luxembourg through June 29.
For further details consults Paulina Szmydke's feature at wwd.com/eye.
Ta Ta darlings:  Just a little note of interest.  The Museum at the Fashion Institute of Technology is staging an exhibition on lingerie opening in June, but more on that later.  Fan mail welcome pollytalk@verizon.net. For a view of Polly's Blogs go to pollytalk.com and in the left hand column click on the direct link to her Blogs on fashion , visionary men, hidden treasures in New York, art deco women and poetry.
Posted by Polly Guerin at 8:23 AM