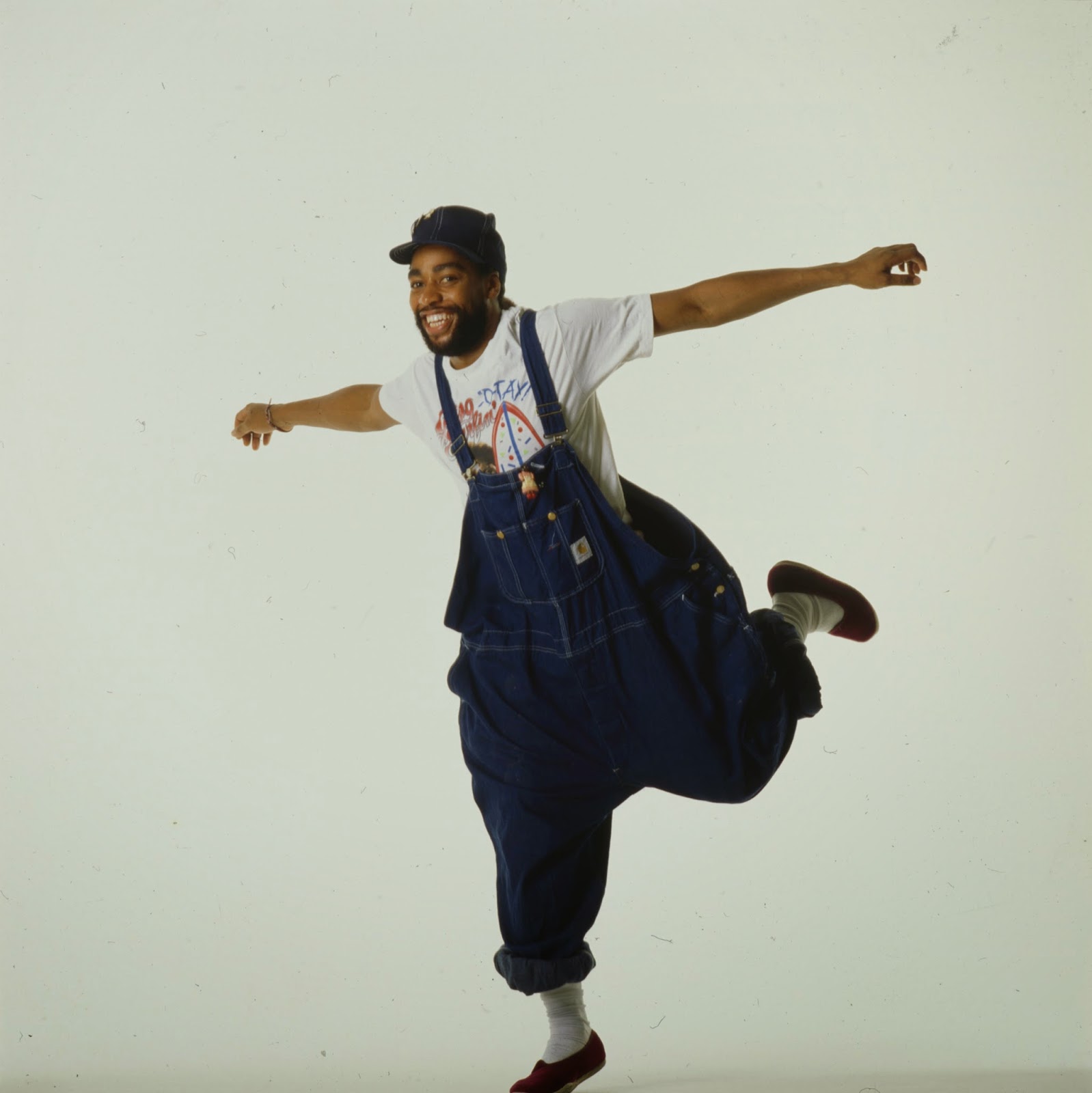 Who was Patrick Kelly? That’s a good question answered recently in Philadelphia. For fashionistas unfamiliar with the designer the Philadelphia Museum of Art’s Perelman Building houses the exhibition “Patrick Kelly” Runway of Love,” the first exhibition to showcase the full scope of Kelly’s oeuvre. Though he is still remembered to this day for his whimsical button dresses, the exhibition goes beyond his whimsicality with selections from the artist’s significant holdings of black memorabilia, videos of his playful fashions shows and Horst photos and Oilivero Toscani ads featuring his work for Benetton.
It is ironic to note that Kelly was the first American and first African -American to be elected to the prestigious Chamber Syndicale du Pret a Porter des Couturiers et des Createurs de Mode. He swept into Paris and the French adored his playful clothes stood which out on urban streets, runways and nightclubs.
“His branding and marketing were unique, “notes Dilys Blum, the Museum’s Jack M. and Annette Y. Friedland senior curator of costume and textiles and organizer of the exhibition.
EARLY INSPIRATION
Kelly’s muses ranged from his Mississippi grandmother to the American expatriate entertainer Josephine Baker, to the couturiers Madame Gres and Elsa Schiaparelli. As a child growing up in Vicksburg, Mississippi Kelly would lose his buttons, which his grandmother replaced with those of different colors, a look that Kelly later adapted for his fashion designs. He was supported by strong women and attended the local black Baptist church with his grandmother, where he noticed how fierce the Ladies were in their head-to-toe Sunday best which inspired future designs. One thing clear, Kelly never forgot his roots and took pride in who he was and where he cane from.
However, he left for Paris in 1979, which offered him a safe haven and creative freedom. At first he 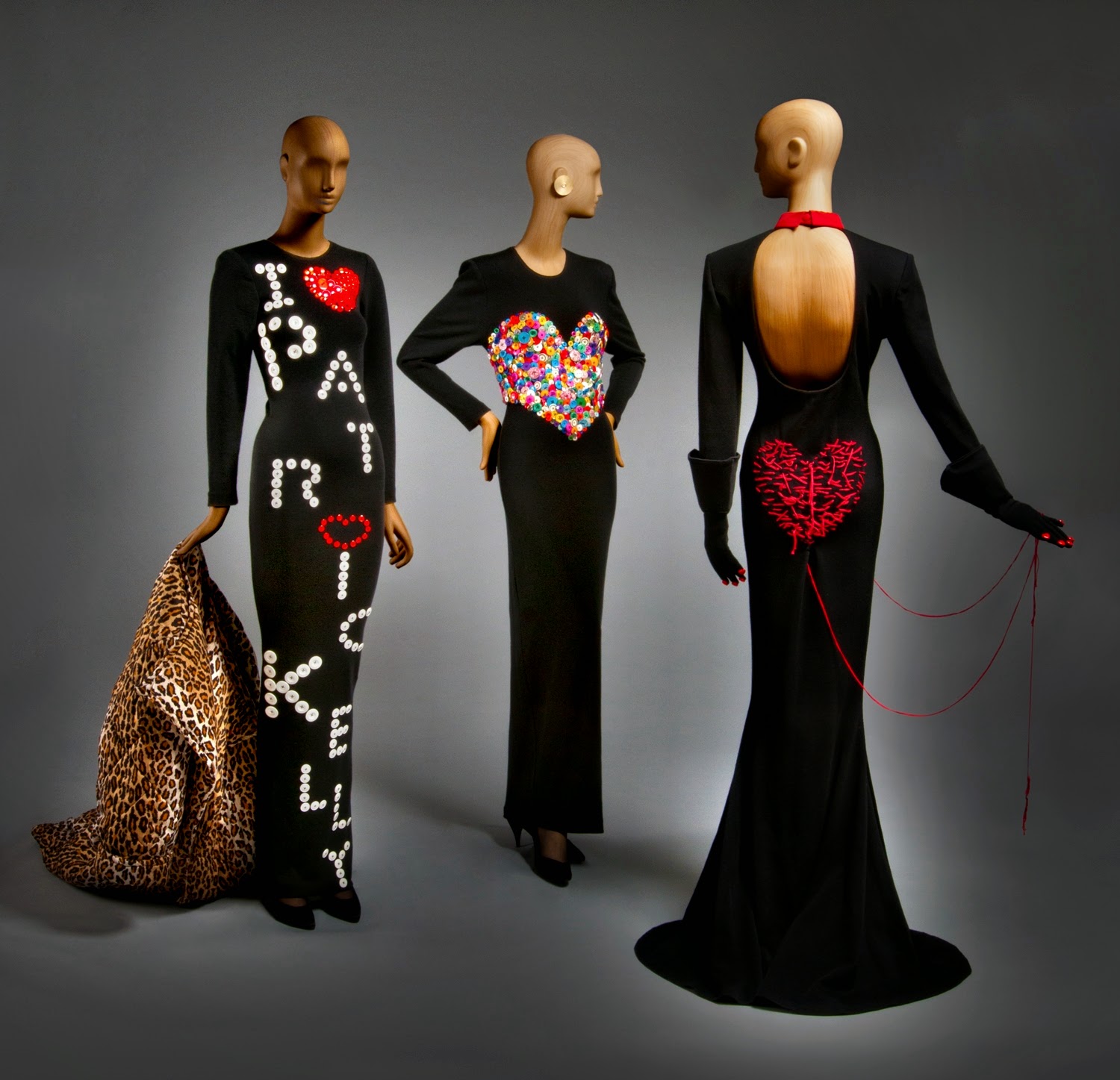 designed costumes for performers at the Palace nightclub for two years At the same time he dressed his model friends in his signature tube-knit dresses. They wore the dresses to go-sees launching Kelly’s star on the ascendant rise in fashion. Zoom, like a comet, it catapulted Kelly from selling clothes on the streets to a six-page spread in French Elle.
Kelly was launched on a non-stop move into stardom. Yves Saint Laurent chairman, Pierre Berge personally sponsored Kelly in the 1988 form the Paris-based women’s wear house Patrick Kelly Paris.
LIFE INTERRUPTED
Kelly’s career was cut short when he died from AIDS in January 1990 at the age of 35. Though everyone adored him and the fashion cognoscenti supported him there was no escape from the illness that swept through the fashion industry and took Kelly in its wake. As I covered the couture collections as a journalist at the time for one of the fashion magazines I remember Kelly’s exuberant personality and his signature look, denim overalls, sneakers and a cap. His persona exuded originality as did his collections which featured glamorize denim in baby-doll dresses, button and bow decorations, tiered bandanna print skirts and his playful looks inspired by his muse Josephine Baker, including her banana bikini.
FASHION ICON
Clearly the wool tweed and boucle suits and dresses’ took their cue from Chanel but always with a touch of frivolity a button here a button everywhere sent a message of originality. His power suits never disappointing or discipline and instead were sprinkled with pearls, buttons or balls in a witty display of panache. While he never showed in New York his fashion shows are recorded for posterity via film wherein the runways were like a party with models dancing, prancing down the runway in a joyful exhibition of Kelly’s latest oeuvre. This kind of showmanship coupled with the unique creations resonates with young people today. Just recently, Michael Bastion paid homage to Kelly and in a concurrent exhibition another designer, Gerlan Marcel, uses Kelly's influence throughout her 2009 through 2014 collections with hearts, buttons and bows, which clearly reference Kelly's oeuvre.
“This lively exhibit captures Kelly’s enduring spirit,” notes Curator Dilys Blum. “His branding and self- marketing were unique at the time, but now, in an age of fast fashion and brand-driven sales, it is a perfect time to reexamine Kelly’s contribution to fashion history. Patrick Kelly: Runway of Love is featured in the Special Exhibition Gallery, Perelman Building, Philadelphia Museum of Art through November 30, 2014. For general information, call 215.763.8100 or visit philamuseum.org.