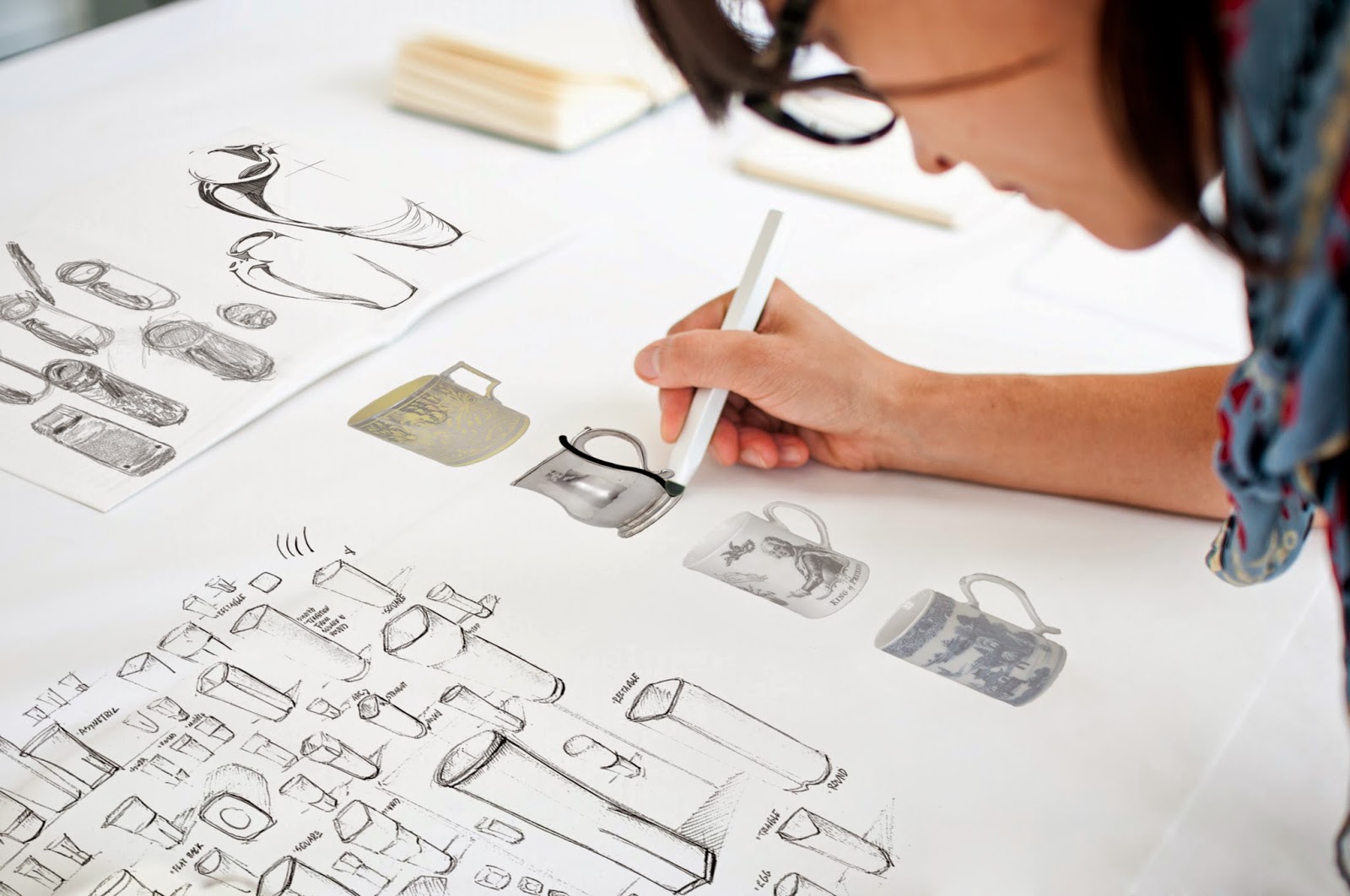 The modernization of the Cooper-Hewitt National Design Museum and its new open-door, interactive plan projects the museum into the 21st Century.  However, it is clear me that the Museum's venue harkens back to the original purpose of the museum when the Hewitt Sisters, Eleanor, Sarah and Amy the founders of "The Cooper Union Museum for the Arts of Decoration" (1897),  called their museum, which became the Cooper-Hewitt, "a practical working laboratory."
Miss Eleanor stated, "There were to be no restrictions. The literary aids of hundreds of reference and scrapbooks and of art periodicals were to be placed on tables with no hampering restrictions as to their use put every resources at the service of the public."
Today Cooper-Hewitt's renovation and expansion has redefined the museum experience with high-end but easy-to-use technology that inspires each visitor to play designer before, during and after their visit. This was surely the intent of the Hewitt Sisters and the Museum's new policy correlates to the museum's original intent.    On any day visitors can explore the museum's collections and exhibitions using groundbreaking technologies that inspire learning and experimentation. This new participatory experience is specifically designed to engage all audiences--students, teachers, families, young children, designers and the general public.
As Caroline Baumann, director of the Cooper-Hewitt stated, "All visitors will be given a newly developed interactive Pen to collect and create. They will be able to digitally collect design objects on view, as well as additional objects from the ultra-high-definition interactive tables. Visitors will become designers in their own right by creating their own designs with the Pen. Symbolizing and embodying human creativity, the Pen is a key part of every visitors experience. With it, they will be able to record their visit, which can be viewed and shared online and supplemented during future visits.
The Pen also reads data from object labels throughout the museum. this data is stored in the Pen's on board memory, which can then be accessed at interactive tables located in the museum's revamped gallery spaces which will feature ten exhibitions that will inaugurate the museum when it opens Friday, December 12, 2014.
For instance, one of the most interesting rooms is the IMMERSION ROOM, a new high tech space, designed by Local Projects, which provides an entertaining and interactive experience.Visitors here select digital images of wallpapers--or sketch their own designs--and then project them onto the walls at full scale to see their impact.This is a "Wow" experience for young and mature alike.
As Eleanor Hewitt said, "Restrictions were eliminated and the entire concept of the "museum for use" was paramount to serve students, artist, craftsmen, scholars, craftsmen and the public at large," and it appears that the Cooper-Hewitt is doing just that, but with a high-tech Pen that resonates with a computer-driven society.
In addition to the renovation and expansion the Cooper-Hewitt's physical transformation welcomes visitors with a more viewer-friendly galleries. It also has a new name. Formerly the Cooper-Hewitt National Design Museum, the museum has been renamed "Cooper Hewitt, Smithsonian Design Museum. It is the only museum in the nation devoted exclusively to historic and contemporary design. It's rich holdings range from Egypt's late Period/new Kingdom (1100 B.C.) to the present day and total more than 200,000 objects.
The Cooper Hewitt, Smithsonian Design Museum has transformed its home, the Carnegie mansion on New York City's Museum Mile, from a grand early-20-th-century residence into a 21st Century museum.with an entirely new and invigorated visitor experience, with interactive, immersive creative technologies.
The Hewitt sister would be proud of the Musuem's inspired transformation, as would their grandfather, Peter Cooper, founder of Cooper Union, who always wanted a museum in his school
Ta Ta Darlings!!! Want to know more about the Hewitt Sisters?  Read The Cooper-Hewitt Dynasty of New York by Polly Guerin, published by  History Press, 2012, www.historypress.org.. Fan mail welcome at pollytalk@verizon.net. Polly's Blogs on fashion, amazing women, visionary men go to www.pollytalk.com  and click in the Blog list in the left-hand column.