THE ART OF THE MANNEQUIN at MAD MUSEUM, Review by Polly Guerin 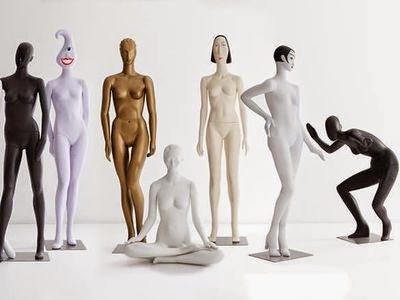 Ralph Pucci: The Art of the Mannequin Art, fashion and craft in sculptural forms takes center stage at MAD, the Museum of Art and Design; the first museum exhibition to consider the artistic innovation of the display mannequin. Who are these silent sculptures? They may be rigid forms, yet mannequins can be mirrors of society, objects of fascination and even works of art, all at once. Ralph Pucci may be the kingpin in the mannequin world, but just to set the record straight, there is no relation  to the fashion designer Emilio Pucci.

The show is on view  from March 31 to Aug 30 and covers 30 years of Pucci mannequins at MAD's second floor at 2 Columbus Circle.
The Naked Truth Stripped down naked Pucci created mannequins that reflect  major cultural trends of the past three decades.Some of the mannequins are very detailed, or muscular, some remind us of Greek sculptures. Others may strike you as whimsical while others in their graceful stance may want you to say,
"I wish I had a figure like that!" Pucci acknowledges that one of his biggest successes was doing action sport mannequins doing handstand, stretching or jogging which reflected the late 70s when running became popular 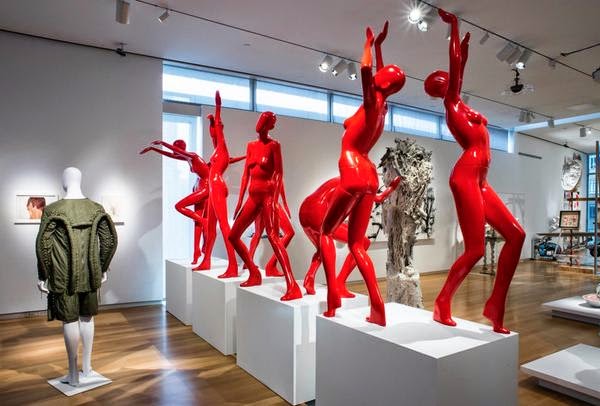 and exercising was de rigueur.
Pucci's Workshop is a 'not to be missed' opportunity to see a simulation of Pucci's workshop on 44 West 18th Street. Demonstrations at MAD by Michael Evert, Pucci's sculptor in residence, will create a bust of a head every other week using subjects such as Mary McFadden, Isabel Toledo and Linda Fargo to name a few. "We always think of our mannequins as capturing  moments in time," declared Pucci.  He does custom work, too, such as the mannequin designed for Diane von Furstenberg to celebrate her 40-year retrospective of her wrap dress.
Who is Pucci? The manufacturer/designer called PUCCI started out as a mannequin repair shop and 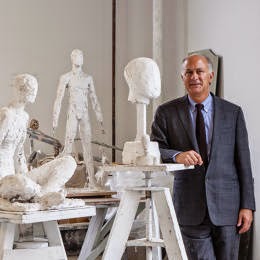 evolved from that humble beginning into a mannequin maker with a showroom of high end furniture, lighting and art.  Ralph Pucci has collaborated not only with fashion designers but illustrators and supermodels including Veruschka and Christy Turlington.  Andree Putman designed Art Deco-inspired mannequins manufactured by Pucci for Barney's New York and Lowell Nesbitt created Robert Mapplethorp-inspired mannequins channelling Greek and Roman sculptures.What makes these mannequins so special is the hand workmanship craft as they are cast by hand with special finishes .
By the Way, Saks Fifth Avenue will display Pucci mannequins in its windows to support the show and you know where to go. It's a mad, mad world, but only the MAD museum could conjure up such an innovative show!.
Ta Ta Darlings! By the way everyone loves a fashion show and the Rockettes' New York Spring Spectacular makes fashion a splash and the dancers high kicking fashion show is rather spectacular. Fan mail welcome at pollytalknyc@gmail.com. Visit Polly's Blogs at www.pollytalk.com and in the left hand column is a list of Blog links to fashion, visionary men, women determined to succeed and poetry.
Posted by Polly Guerin at 10:25 AM