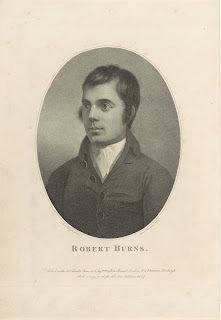 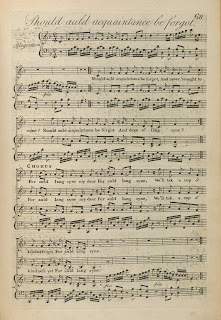 While Auld Lang Syne reverberates with sentimentality and resolutions, 2012 ushers in a year rich in cultural diversity with a plethora of venues to fuel our intellect. It’s the Best of New York my friends, the very Best in New York City the cultural capital of the world. Here’s the scoop!!!
ROBERT BURNS and the CREATION OF “AULD LANG SYNE” a song that over time has become a globally shared expression of friendship and longing. The Scots world for “old,” “long,” and “since” combine a phrase that translates loosely as “time goes by,” “old time’s sake,” or, in some contexts, “once upon a time.” The old Scots phrase so gracefully evokes a sense of nostalgia that it has been embraced throughout the English-speaking world. While the song has become indelibly associated with New Year’s Eve, according to the Caledonian Club, it remains an anthem of friendship and remembrance. A centerpiece of the exhibition at the Morgan Library and Museum are rare printed musical scores, printed books and manuscripts, including Burn’s letters. Though February 5. An audio guide allows visitors to listen along as they view the exhibition. www.morganmuseum.org.
DIEGO RIVERA: MURALS FOR THE MUSEUM OF MODERN ART reunites, for the first time in 80 years, five “portable murals,” freestanding frescoes with bold images addressing the Mexican Revolution and Depression-era New York that Rivera created for the Museum for his 1932-1932 MOMA exhibition. Working around the clock with three assistants, Rivera produced five portable murals,” large blocks of frescoed plaster, concrete, and steel that feature bold images commemorating Mexican history. For the 1931“Agrarian leader Zapata” image here, Rivera depicted the Mexican revolutionary leader leading peasant farm workers. Additional works related to the 1931 commission are also on view through May 14. MOMA 11 w. 53 St. www.moma.org.
GOOD HUMOR at the MET—Infinite Jest: Caricature and Satire from Leonardo to Levine on view at the Metropolitan Museum of Art explores humorous imagery from the Italian Renaissance to the present, including sheets by artists such as Leonardo da Vinci, Francisco de Goya, and Henri de Toulouse-Lautrec along with artists James Gillray and Honore Daumier, Al Hirschfeld and David Levine. The works on display show how artists employed exaggerated faces and physiques, showed people as animals and objects. In the purest form these caricature—from the Italian carico and caricare, “to load” and “exaggerate”—distorts human physical characteristics and combines with various kinds of satire to convey, personal, social, or political meaning. Through May 4. www.metmuseum.org.
TRANSITION TO CHRISTIANITY, Art of Late Antiquity, 3rd-7th Century A.D. at the Onassis Cultural Center presents more than 170 exceptional objects on loan from Greek museums, Cyprus and the United States. These outstanding works of art, including recently discovered works that are being exhibited for the first time, reveal a period of extraordinary creativity in the Greek World in an era known as Late Antiquity. The exhibit highlights the vibrant and complex life of the Eastern Mediterranean during a time of reinvention and renewal. These poignant fragments of a long-lost age speak to us directly of what it was like to live through an era of might transition. At Olympic Tower, 645 Fifth Ave. entrance on 51st or 52nd St. Adm. FREE Guided Tours every Tuesday and Thursday at 1:00 p.m. www.onassisculturalcenter.com.
Ta Ta darlings!!! Auld Lang Syne is still ringing in my ears so I’m wishing you all a Very Happy New Year with Health, Happiness and Inspiration. Looking forward to hearing from you. Fan mail welcome: pollytalk@verizon.net. Visit Polly’s Blogs, just click in the left hand column for direct links at www.pollytalk.com.
Posted by Polly Guerin at 7:42 AM