New York invites you to particpate in the wonderful world of cultural activism, music surround, theatrical high jinks and a host of entertainments this week.  Here's the scoop!!! 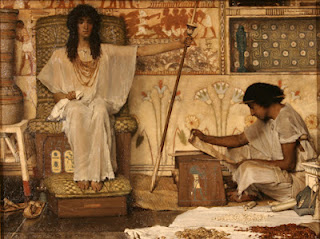 DAHESH MUSEUM OF ART one of the little museum treasures in New York has relocated its Museum Gift Shop and offices to the heart of Hudson Square, an exciting new neighborhood—a stone’s throw from Soho to be where the trendy action is today, close to the people who work there and live in the area, and the tourists who visit daily. During its 17 year history, the Dahesh Museum of Art presented over 45 thematic exhibitions, with accompanying publications that championed the rich diversity of 19th and early 19th century European Academic Art, as well as its impact on artistic training, art making and collecting in Europe and the United States. For 4 years the Museum has functioned as a museum-without-walls, developing and traveling exhibitions within the United States and aboard. As the Museum continues to look for a building to serve as its permanent home, it plans pop-up spaces in NYC, and display of select works from its collection in the new Gift Shop and salon space. 145 Sixth Ave. at Dominick St. Info Tel: 212.759.0606.
MIS(s) TRIAL BY JURY an affectionate and very silly (per)version of the Gilbert & Sullivan favorite is an awesome piece of parody by Gaspump Productions takes it bow this Thursday, June 14 at 7:30 pm at the historic Players Club at 16 Gramercy Park South. From Act I, The (hilarious) auditions to Act II The production that results when you have a lot of amazing (in a good way) women and a lot of equally amazing (in a…les good way) men available. The Cast, a group of talented thespians, includes Leslie Middlebrook Moore, Eric Peterson, Carol Davis, Alan Abrams to name a few. Reservations: 212.879.1049. All tickets $20.00.
ACTIVIST NEW YORK, the first-of-its kind exhibition on social activism in the Museum of the City of New York’s Puffin Foundation Gallery, examines the ways in which ordinary New Yorkers have advocated, agitated, and exercised their power to shape the city’s—and the nation’s-future. Centuries of activist efforts, representing the full spectrum of political ideologies, are illuminated through a series of installations featuring 14 New York movements ranging from mid-17th century to today. Activism New York begins with the struggle for religious tolerance in Dutch New Netherlands to today’s debate over a Muslim Cultural Center near Ground Zero. Other themes include What has New York to do with Slavery? Woman Suffrage, Upheaval of the Garment Trades, Preserving Historical New York and Civil Rights for Gays and Lesbians. A series of touch screens present the timeline history of activism. In addition, members of the public may submit photographs of contemporary activist in the city to a photo blog housed on the Museum’s MCNY website (www.mcny) and carried live on a huge screen in the gallery. At 103/104th Street & Fifth Ave.
PHILHARMONIC 360 Prepare yourself for a musical experience unlike any you’ve ever heard. One where space, music and the extraordinary sonorities of the 55,000 square foot Wade Thompson Drill Hall at Park Avenue Armory combine to literally envelop you in sound. Conductor Alan Gilbert will lead you on a journey through centuries of spatial music, from the party scene of Mozart’s Don Giovanni to the sonic trip that is Stockhausen’s Gruppen. This one of a kind musical experience takes place on Friday, June 29 & Saturday June 30 at 8pm. For tickets call: 212.875.5656.
Ta Ta Darlings, Social Activism at MCNY is a ‘must see’ exhibit and a chance to make your own statement by posting a photo, carried live on the huge screen. Fan mail welcome at pollytalk@verizon.net. Visit www.pollytalk.com and in the left-hand column click on the direct link to Polly’s Blogs on fashion, visionary men or poetry.