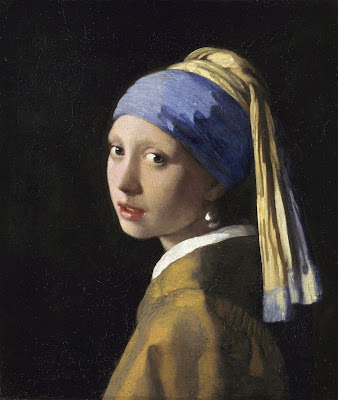 Gem culture’s brilliant venues spark museum exhibitions with historical and modernity. Reaching to the chic of all ages fashion designer and jewelry venues offer the best of New York’s ongoing romance with luxury. Get your first row seat on the red carpet. Only in New York my friends. Here’s a gem of a scoop!!

GIRL WITH THE PEARL EARRING This just in from Lynne Saginaw, “Vermeer’s “The Girl with the Pearl Earring,” the winsome young woman gazing over her shoulder with wide, longing-to-see-you eyes takes up residence as the sole occupant of the Oval Room at the Frick Collection from October 22 through January 19, 2014. Last seen in New York in 1984 this is a rare and special opportunity.” Her portrait will be joined by 14 more works by the 17th Dutch masters in the exhibition, “Vermeer, Rembrandt and Hals: Masterpieces of Dutch Painting” all on loan from the Royal Picture Gallery Mauritshuis, in the Hague, which is undergoing a two-year, full-scale restoration. Fair warning: This is going to be a very popular exhibition, GET TICKETS EARLY. The Frick Collection is located at 1 East 70th St; Tuesdays thru Saturdays from 10 am to 6 pm. Sunday 11 to 5 pm. Closed Mondays, Thanksgiving and Christmas. 212.388-0700. Frick.org 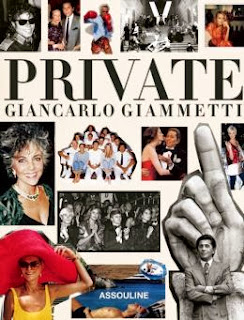 PRIVATE: GIANCARLO GIAMMETTI has written the quintessential autobiography in a giant, photography-heavy, coffee-table book published by Assouline, and will be at Parsons The New School on Nov. 7th to dish out his life’s adventure with Valentino. Giammetti who met Valentino Garavani in 1960---the same year “La Dolce Vita,” hit the big screen—and who helped him mint multimillions, was in full form recently: dapper, chatty and still slightly in awe of the route that his life has taken. The book features photographs of his daily diaries and images ranging from black and white shots to color-drenched shots of pals including Pat Cleveland, Oscar de la Renta, Jacqueline Onassis, and Meryl Streep to name a few. The book written with W magazine’s Armand Limnander, will be available for purchase on assouline.com and online October 25, and at the publisher’s boutiques on Nov. 4.

SACRED VISIONS; 19th CENTURY BIBLICAL ART from the DAHESH MUSEUM COLLECTION, a dazzling jewel of an exhibition, explores great artwork inspired by the Bible, and Dahesh’s 19th century academicians who excelled at representing biblical themes. This exhibition considers the rich diversity and transformation of biblical subject matter and features approximately 30 religious paintings, drawings and sculptures by well-known artists like Leon Bonnat, Gustave Dore, Jean-Leon Gerome, Alexandre Cabanel, as well as their lesser known, but equally gifted contemporaries. In addition, on display are volumes drawn from the American Bible Society’s Rare Bible Collection. Of popular 19th century Bibles richly illustrated by Dore and James Tissot, Sacred Visions is on view at the Museum of Biblical Art, 1865 Broadway at 61st Street, through February 16, 2014. The Museum is open six days a week Tuesday-Sunday 10 am-6pm.

Ta Ta darlings!! “The Girl with the Pearl Earring” is my choice this week. Fan mail welcome at pollytalk@verizon.net . Visit Polly’s Blogs at www.pollytalk.com and in the left hand column click on the link to Blogs on fashion, remarkable men and women.