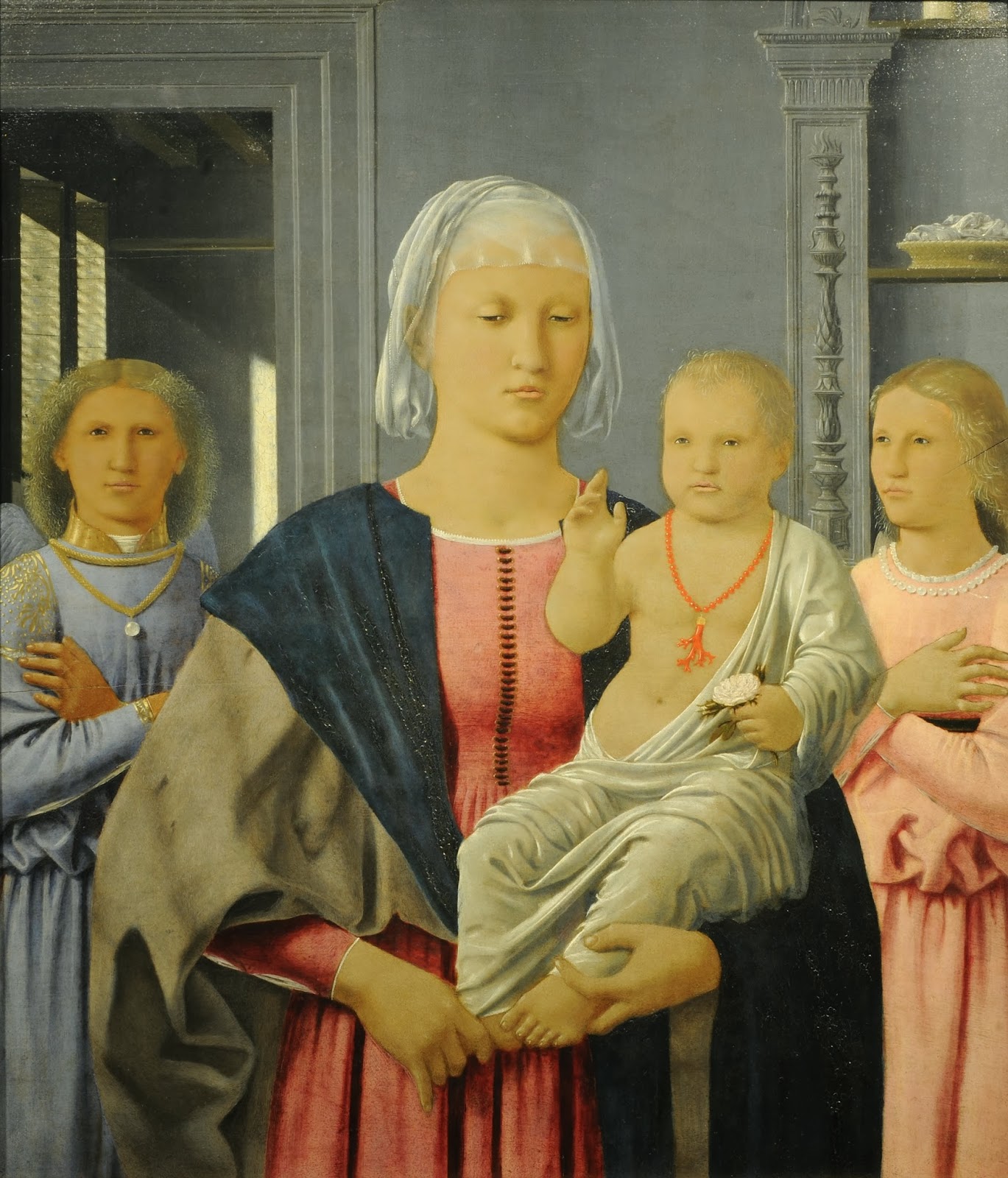 New York City’s reputation as “Culture City” spans a wide range of exhibitions and venues to not only stimulate one’s intellectual pursuits but take you into the warmth of institutions that can only exist in the capital of the world. Only in New York my friends, the Best of New York. Here’s the scoop!!!

PIERO della FRANCESCA: In a modest and rare exhibition you need go no further than the Metropolitan Museum of art where the devotional paintings of Piero della Francesca are brought together for the first time through collaboration with the Gallerie dell-Accademia, Venice, and the Galleria Nazionale delle Marche, Urbino with the Met which hosts this unique presentation. Francesca’s “Personal Encounters” features paintings of Saint Jerome and a Supplicant (ca.1460-64) and Saint Jerome in the Wilderness (dated 1450) Madonna and Child with Two Angeles (ca. 1464-74) to name a few. Education programs include a Friday Focus Lecture on February 28, and exhibition tours. Additional info is available on the museum’s website metmuseum.org Don’t miss this opportunity to view these historical paintings. Through March 30, 2014. Image: Piero della Francesca's Madonna and Child with two Angels (ca. 1464-74) Galleria Nazionale delle Marche, Palazzo Ducale, Urbino, Italy.
At the same time visit the GENESIS OF THE AMERICAN GUITAR at the Met which features thirty-five rare guitars that illustrate the early history of the instrument in America drawn from the Museum’s holdings as well as from the Martin Guitar Museum in Nazareth, Pennsylvania, and traces the contributions of Christian Frederick Martin, a German immigrant who invented a uniquely American form of the guitar in the first half of the 19th century. Also on view is the 1939 guitar made by Martin Guitar that was place by Eric Clapton on MTV’s Unplugged series in 1992. On view through December 7, 2014.

WHERE'S WALDO? Women’s Wear Daily reports that Emerson designer Jackie Fraser-Swann made her Friday night walk-off a family affair, taking her four young daughters for a quick lap around the runway. The family coat of arms is treasured by the designer who great-great-great grandfather was the famed essayist and poet, Ralph Waldo Emerson. “My favorite quite of his is, ‘Break the monotony, Do something strange and extravagant.’ That’s what I am all about," said the designer.

FOREVER VREELAND In Lorna Koski’s review she says, “Diana Vreeland was a marvelous, self-invented character. Never a beauty, she transformed herself through style, will and charm into a south-after-debutante and married banker T. Reed Vreeland, one of the handsomest men of his day. The word “icon is brandied about much too freely today, but Diana Vreeland, fashion editor of Harper’s Bazaar and curator of the Metropolitan Museum of Art really was one. It is good news that her grandson, Alexander Vreeland, has gathered together a large group of memos she wrote at Vogue in one book, “Memos: The Vogue Years/l962-1971/Diana Vreeland” (Rizzoli, New York) and the book gives unique insight into the way she worked and communicated with her staff. Her longtime colleague Sarah Slavin called her, ‘a joy to worth with.’”

Ta Ta Darlings!! Pollytalk has passed up a trip to Italy and went to the Met instead to see Piero della Francesca's magnificent paintings, you should, too! Fan Mail is always welcome: send to pollytalk@verizon.net  Visit Polly's website pollytalk.com and in the left hand column click on my other Blogs on fashion, visonary men and hidden treasures in New York.