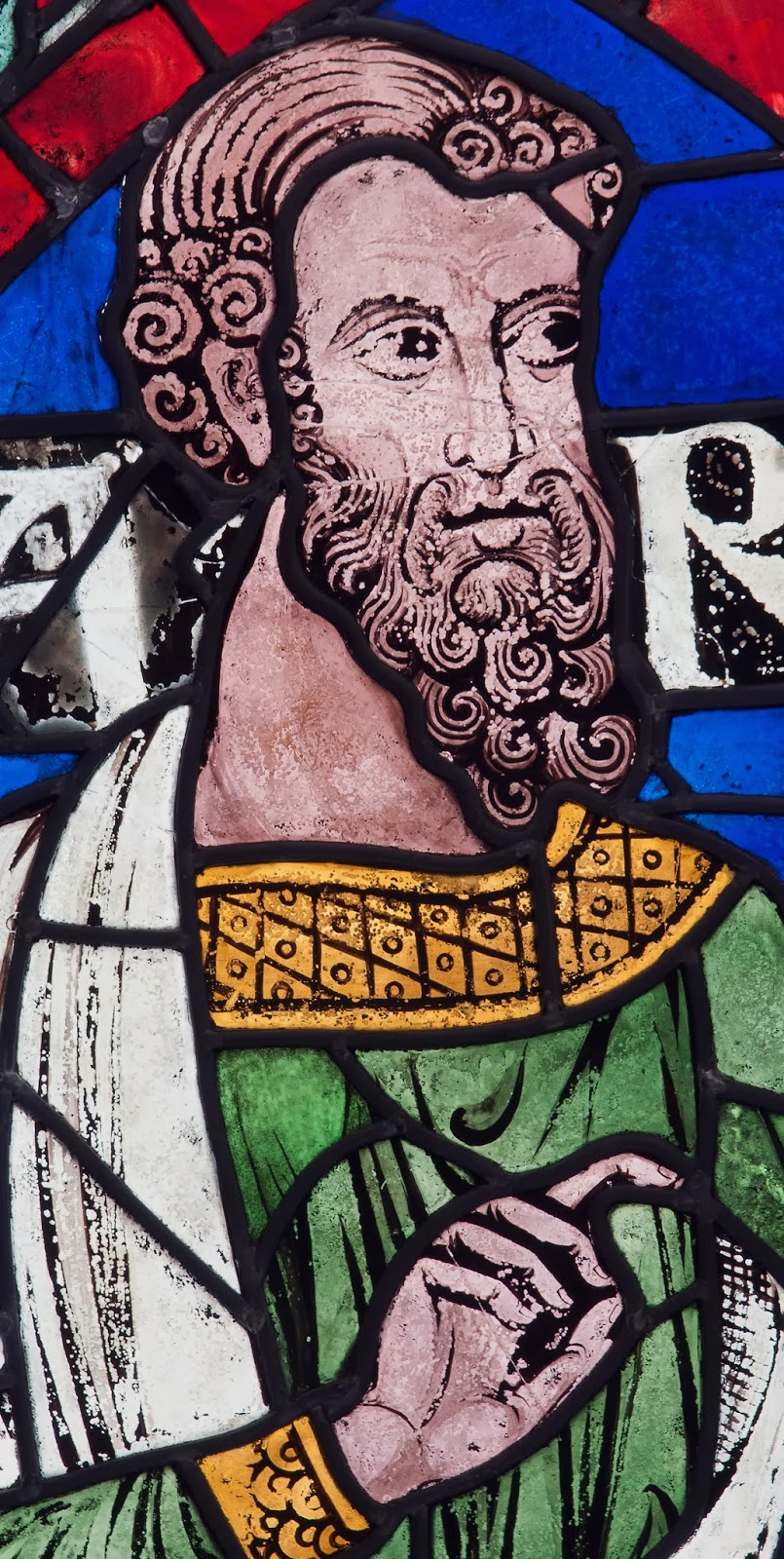 No need to travel to England to see these rare 12th-Century treasures. For the first time in 800 years a breathtaking presentation of near-life-size enthroned figures in stained glass from England’s historic Canterbury Cathedral are in New York for a temporary and rare exhibition, “Radiant Light,” at the Cloisters, a branch of The Metropolitan Museum of Art.
Not to be missed; the exhibition completes the celebration of the 75th-anniversary year of the founding of The Cloisters and represents the first time the panels have left the cathedral precincts since their creation in 1178-80. The exhibit opens today at The Cloisters through May 18, 2014. Only in New York my friends, the Best of New York. Here’s the scoop!!!
RADIANT LIGHT
The brilliant windows in rich color captured in frozen glass were originally from the clerestory of the cathedral’s choir, east transepts, and the Trinity Chapel feature six figures---Jared, Lamech, Thara, Abraham, Noah and Phalec, which were part of an original cycle of 86 ancestors of Christ, and represent the most comprehensive ancestor cycle in art history. These imposing figures are masterpieces of Romanesque art, and exude an aura of dignified powers.
The angular limbs, form-defining drapery, and encompassing folds of the mantles all add a sculptural quality to the majestic figures…even remarkably legible at a distance. One complete window (Thara and Abraham), nearly 12 feet in height, is shown with it associate rich foliate border.The glass painting of Methuselah Master to whom the figures of Jared and Lamech are attributed, is distinguished by a remarkable delineation of form by means of a fluid graduated line and bold shading. Images: JARAED: The Anestors of Christ Windows, Canterbury Cathedral, England 1178-80, Colored glass and Vitreous paint; lead came. Photographer Robert Greshoff. Courtesy: Dean and Chapter of Canterbury.
MURDER IN THE CATHEDRAL
Thomas Becket, who is venerated as a saint and martyr both by the Catholic Church and the Anglican Communion was Archbishop of Canterbury from 1162 until his martyrdom in 1170 when King Henry II’s knights on command murdered Becket in the cathedral. The opera so inspired by this event, “Assasino Nella Cattedrale”, composed by Lldebrando Pizzetti’s operatic version of T.S. Eliot’s play, “Murder in the Cathedral” was performed many years ago on the steps of Boston’s Cathedral, and I am pleased to remember that I sang in the chorus. As evidenced in Geoffrey Chaucer’s Canterbury Tales, a literary masterpiece from the 14th century the Cathedral was an important pilgrimage site in the Middle Ages and stories spun out in legends and lore. Becket was canonized in 1173
WORLD HISTORIC SITE
Founded in 597, the cathedral is one of the oldest Christian structures in England and its popularity increased after the construction of a shrine to Thomas Becket. Today, Canterbury Cathedral is the cathedral of the Archbishop of Canterbury, the leader of the Church of England and the Anglican Communion worldwide. Recent repairs to the stonework of the south transept window for this magnificent historic structure necessitated the removal of many of these stained-glass windows, all of unparalleled beauty. And that my friends, the repair work, is what made possible the loan of these magnificent windows to travel to America and The Cloisters.
INTERACTIVE PROGRAMS
An interactive panorama of the Canterbury Cathedral on a large touch-screen monitor provides visitors with a 360 degree view of the building’s interior with the windows in their original location. Take time to view the short video "Recreating a Medieval Window," which is shown in the gallery. For further enlightenment do take an audio tour with Metropolitan curator Timothy Husband and the very Reverend Robert Willis which is available for rental.
To get into the medieval mood, the early-music ensemble Blue Heron will perform “Music for Canterbury Cathedral" on Sunday, April 13, at l:00 and 3:00 p.m. in the Fuentiduena Chapel of The Cloisters.($40)
Ta Ta Darlings!!! Pollytalk went to the preview, “Radiant Light” yesterday and I plan to go and hear the Blue Heron concert at The Cloisters, you should too! Fan mail welcome at pollytalk@verizon. Visit Polly’s website pollytalk and in the left hand column click on my other Blogs on fashion, visionary men and hidden treasures in New York.