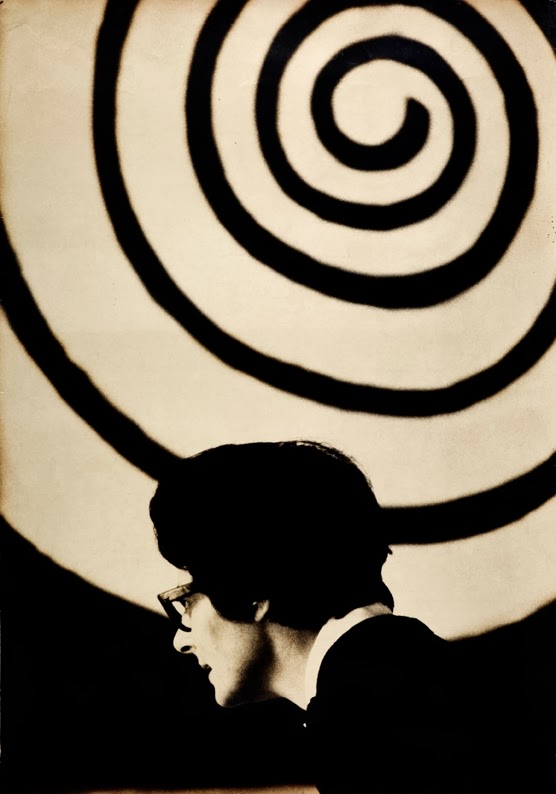 To Mira Schendel’s family she was known as “A strong, highly intelligent woman who affected everybody by the sheer magnitude of her personality and artistic achievements,” said her grandson Max Schendel, who in collaboration with Olivier Renaud-Clement organized the exhibition at Hauser & Wirth gallery. No less significant is the fact that to the art world Mira Schendel is known as one of the most important Latin American artists of the 20th century, who has her due recognition in the exhibit at the Hauser & Wirth, 32 East 69th Street gallery through April 26, 2014. Works on view span Schendel’s full career and include the installation, ‘Ondas paradas de probabilidade (Still waves of probability)’, Mira’s luminous masterpiece which was introduced at the 10th Sao Paulo Biennial in 1969. Image Right: Mira Schendel in front of 'Todos,' (All). Courtesy of Mira Schendel and Hauser & Wirth. Photo: Mira Schendel archives
INTERNATIONAL EXHIBITION
This exhibition follows the acclaimed, first-ever international survey devoted to Schendel held this past autumn at Tate Modern, London, England.
Her work was described by the late Brazilian poet Haroldo de Campos as ‘an art of voids, where the utmost redundancy begins to produce original information; an art of words and quasi-words where the graphic form veils and unveils and symbols which print on the blank page of their luminous foam.’
A woman determined to succeed Mira’s move to Sao Paulo, Brazil would prove the ideal place for her to create a unique visual language that conveys her spiritual and intellectual ideas. Born to a Jewish family in Zurich, Switzerland, Mira was educated in Italy and raised Roman Catholic. The tides of war torn Europe forced her family to move between Bulgaria, Austria and Sarajevo to avoid Fascist persecution, and then emigrated to Brazil in 1949.
VISUAL SILENCE
On the second floor of the gallery thousands of nylon threads hang suspended from the ceiling. Extended to the floor, these delicate strands create a volumetric space at once opaque and transparent. While light filters through Schendel’s installation dematerializes in our presence. It asserts the artist’s desire to establish a relationship between transparency, human existence, and the intangibility of God.
Downstairs in another venue is Mira’s ‘Variantes II’ comprised of fourteen parts and developed in a way that allows the work to be viewed from both sides. Characterized by geometric motifs, delicate lines, or typeset letters,
Schendel’s ‘Monotpias (Monotypes) are rendered with a feeling of temporality and transience. These works give the viewer a sense of floating in space imbuing one’s senses with spiritual awareness. 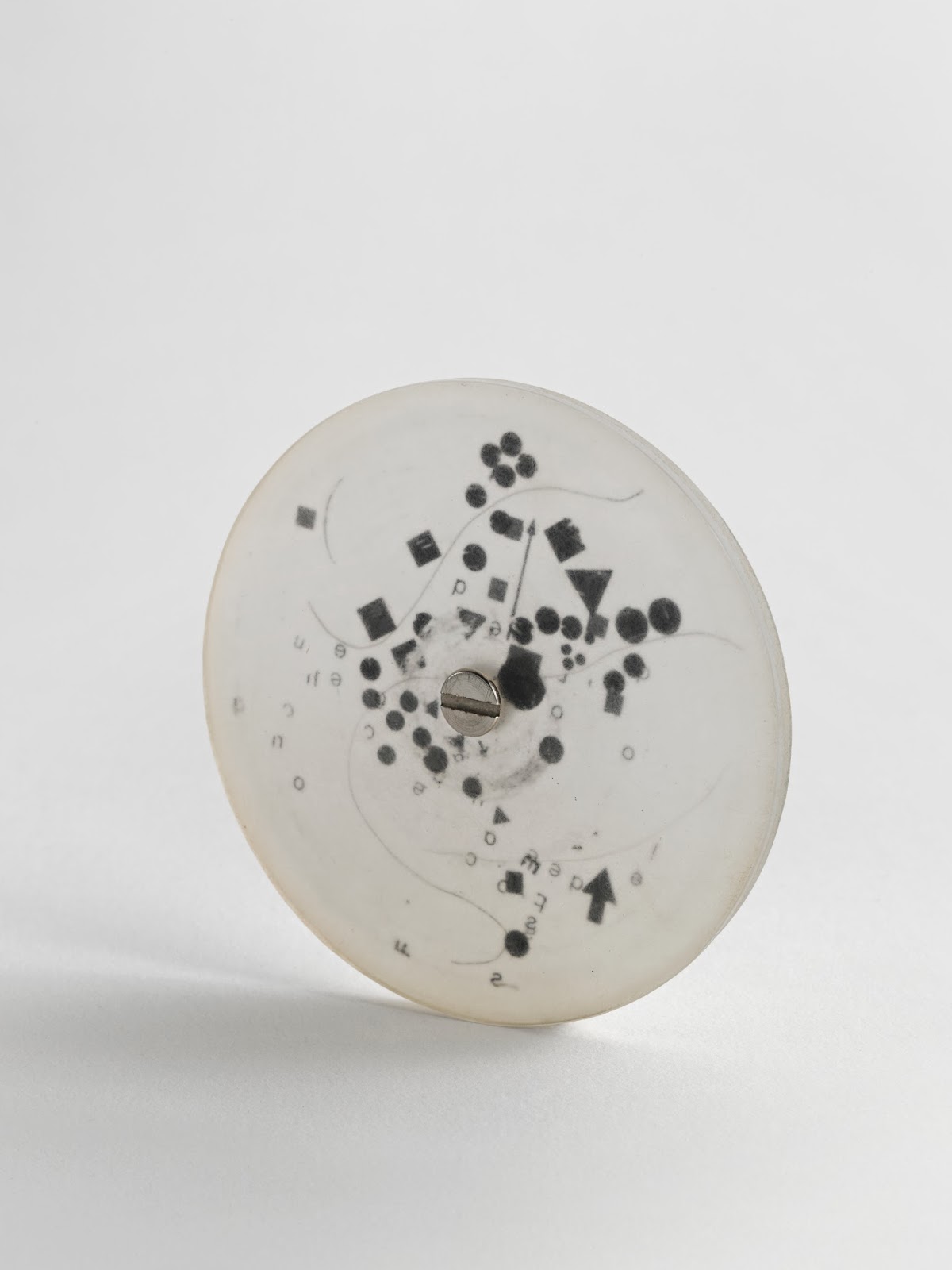 MIRA SCHENDEL lightens our concept of art, raising our spirit by creating luminous and reflective geometric forms. The ‘Sarrafo’ (Batten) seeries was conceived during the last years of her life and reflects its cerebral and poetically inspired integrity. It reaches beyond the materiality of art and invites the viewer to understand and experience space as a new medium of expression. Mira does this with the most delicate, lighthearted art forms that leave us to ponder their meaning and inspire our appreciation of airy space, movement and suspended time.
Image Left: Untitled (from the series Discs/Discos) Acrylic glass (opague), transfer lettering 1971-1973.Courtesy of Mira Schendel and Hauser & Wirth.